10 Facts about the Rift Scuttler 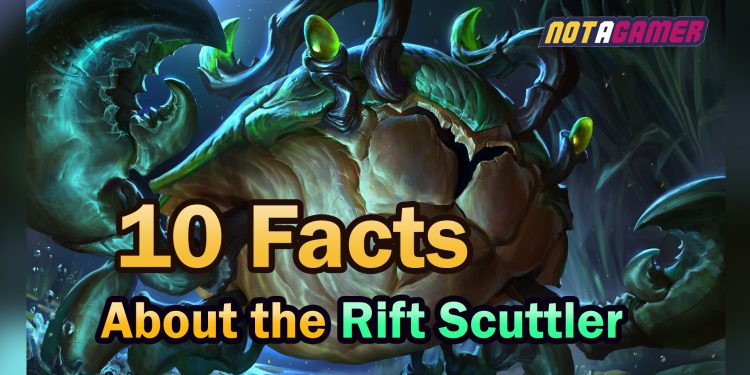 In League of Legends, there is always this one thing that is always hunted by everyone. It is the Rift Scuttler or Scuttler Crab.

The Rift Scuttler is a neutral monster that does not attack the player but rather tries to run away. So what are the facts about this monster? Let’s find out.

2. Rift Scuttler at Summoner’s Rift is defined as Female.

4. Rift Scuttlers often appear along the dock in Bilgewater where Gangplank and Pyke‘s area. To avoid predators, the Rift Scuttler will bury itself in the mud, revealing only their pair of antennae.

5. Rift Scuttler will be turned into a Rift Herald if she is swallowed up by the Void.

6. The control effect on the Rift Scuttler is twice as effective.

7. Rift Scuttler will receive 25% more damage from all sources (including standard damage( while she got hard cc).

8. The Rift Scuttler shine/ward gives allies movement speed of 500 range units around it, 525 range units for the ward, and has a duration of 90 seconds.

9. If Tahm Kench dance (Ctrl +3) next to the Rift Scuttler, she will dance with him.

10. Rift Scuttler‘s favorite thing to eat is the honey fruit (Recovery fruit), she will surf to the recovery fruit when the player destroys the plant. The Rift Scuttler will run to it and eat it within 10 seconds.

What do you think about these facts of the Rift Scuttler?

Do you know any other facts about her?