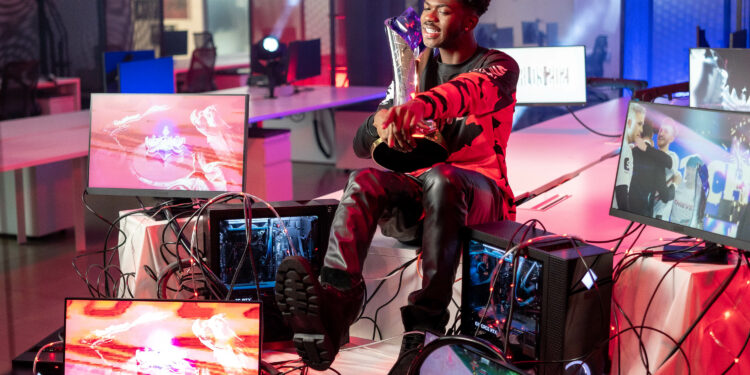 League of Legends Worlds is typically one of the largest esports events of the year, and the group stage play will finally begin on October 11th, which is today.

Lil Nas X was rumored to be joining 100 Thieves after being spotted with Valkyrae in the days preceding up to the premiere, but it turns out they were really working on a hype music video for the preparation of group stage of Worlds 2021.

Lil Nas X performs “THATS WHAT I WANT” and “INDUSTRY BABY,” both from his current album MONTERO in the video. Also appearing are Nadeshot, CouRage, Valkyrae, JHB, and 100T’s League team. Despite the fact that he hasn’t been formally “signed” to the organization yet, we believe Lil Nas X is now as near to being an honorary member.

Fans have long waited for a collaboration between 100T and Lil Nas X, which they finally have received. Behind-the-scenes footage from 100T’s official YouTube channel was also published, showcasing the response of the team in Iceland after receiving a call from Nadeshot and Lil Nas X.

Following an aggressive rebuilding process, 100 Thieves is now one of the top teams heading into Worlds with their LCS Championship title, and as many people’s pick to win the tournament.

A new music video by Lil Nas X may not make their performance better, but it surely will motivate the spirit of the team and create a positive atmosphere for 100 Thieves as they are in the Group Stage.