12 BROKEN Korean Builds YOU SHOULD ABUSE in League of Legends – Patch 10.3! 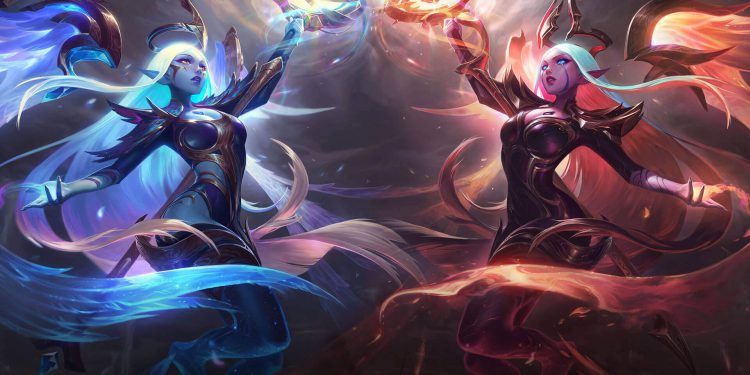 Soraka support isn’t something that’s too groundbreaking, but have you met Soraka top lane? Soraka mid lane? or even Soraka as a carry bot lane? No, they’re not trolling cause recently, Koreans have made Soraka broken in 4 diffirent roles! Even Riot games confirmed that Soraka is now the “strongest champion in the game”!

Stick with us as we dive into some of the latest and most powerful builds that have been rising in popularity in Korean solo Queue for the League of Legend Patch 10.3! And since they’re brand new, your opponents are likely to underestimate their strength and be caught off guard by just how strong they really are! So be sure to abuse them to gain some fre-elo!

She’s so OP at the moment that Riot confirmed she’s gonna be hard nerf next patch, so abuse her as much as you can! The play style of this pick is pretty much the same as support Soraka, except that you’ll have to play more agressive during the early game. A healing support like Soraka when soaking up XP and Gold from solo lane can pretty much keep your team unkillable. In addition to that, she does a ton of damage during the lane phase and good self peel with healings and instant silence. Abuse this while you can because this is a must pick or ban champion!

This build will likely become meta for Vladimir. The synergy between Nimbus Cloak and Unsealed Spellbook is just brilliant, every summonerspell that you swap to will give you Ghost for free, which covers the lack of Phase Rush while also giving you a combat summoner spell. Twin Shadows is really cost cost efficiency because it gives you AP, movement speed and an active that helps you gap close with only 2400 gold.

Koreans have stopped building Sterak’s Gage and instead taking Phantom Dancer. Building this item will make your dueling and split pushing alot stronger. Having extra movement speed combine with your Q and Trinity Force will make kiting enemies much easier. Give this a try next time you pick her up!

This build will lower the difficulty of Zed and guarantee you’ll land your skillshots (unlike LL Stylish). These items will cover 2 of Zed weaknesses which is easy to dodge skillshots and lane sustain. If you main Zed, try this build out, it works extremely well!

Having that extra movement speed from your spells makes your kiting much stronger. Give this a try, pretty much every ADC in Korea have made a complete shift and so should you!

The way that Soraka bot lane works is that she’ll keep her teammates alive for so long that they ended up doin more damage in the long run.

With this build, Braum will be even more agressive with a guarantee stun whenever he hits his Q and will likely make the enemy’s ADC burn their summoner spells.

This pick is really agressive so be sure to have an ADC who’s ready to follow up with your engage, like Tristana or Lucian.

That’s gonna be it for our OP Korean picks for League of Legends patch 10.3. Thank you guys very much for reading. Be sure to try out these builds in your next games and tell us the result in the comment section below! Goodluck and have fun climbing Summoners!