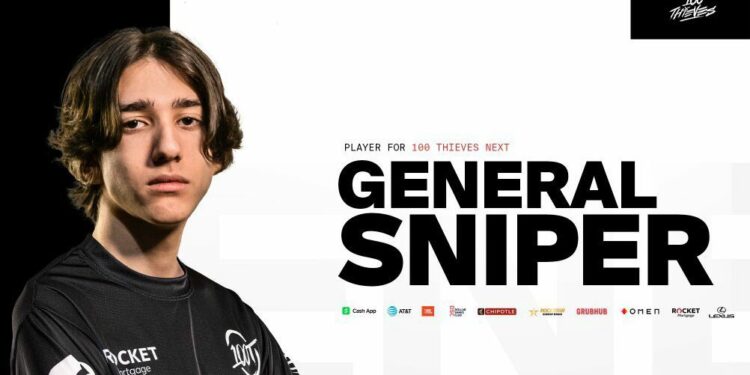 The record-holder for the most LP in League history till now is confirmed to be 100 Thieves Next top laner.

With this transfer, one of the most exciting talents in the North American League of Legends amateur circuit will join one of the region’s most prestigious development teams.

The teenage top laner, who is also the younger brother of Immortals Academy top laner Omran “V1per” Shoura and a Riven main himself, may be recognizable by many League of Legends players.

General Sniper reached Challenger when he was only 12 years old, has risen to the top of the solo queue ladder numerous times and recently just broke the record for most LP on the North American server with a peak of 1901 LP.

The boy had also won Twitch Rivals in September 2020, when he was just 13 years old, while playing with and against many North America’s great players.

Cloud9 signed General Sniper as a streamer while he was just 14 years old in November 2020, but was forced to withdraw the arrangement barely two hours after the announcement due to LCS age restrictions.

Though losing such a big opportunity, General Sniper continued to grow his stream and climb to the top of the League solo queue leaderboards, finally hitting a record-breaking milestone.

100 Thieves General Manager Chris “PapaSmithy” Smith expressed his delight at such news: “Sniper is an intelligent, driven young man who is cracked at League of Legends— we 100T fans are in for a ride watching him develop!”