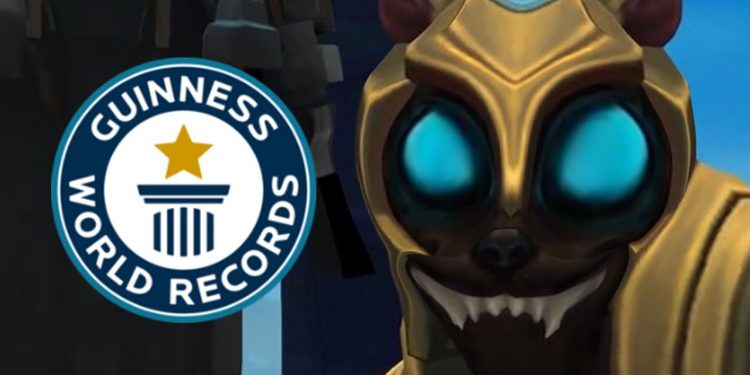 Playing League of Legends all along, have you ever intended to make a “lifetime” achievement to … later show off to your children?.

The League of Legends community has discovered a place to list the best performers in the game. This site allows you to post your highlights, then there will be a system to check and rank those great plays on the list of League of Legends records.

Speedrun LoL allows you to show your achievements in many fields: Kills, Farming… And not only in Normal mode, you can also share your videos about battles. Fighting on other maps

On this website, you will be surprised with the clips of miraculous feats – even confusing in the League of Legends. How to eat a Baron in a mere 2s, or 50 kills points in just 10 minutes!

Unfortunately, most of the clips currently available are optional, and currently only about 40-50 people join this highlight community. However, the way they set these game records also makes us respect

In addition, the Youtube channel TheLoLHounds also updates a lot of information around League of Legends, including the feat of gamers around the world. You will be surprised to know that there is a Korean Silver rank player who has a 100% win rate with Master Yi, but always loses when he plays Tahm Kench!

A speedrun is a play-through, or a recording thereof, of a whole video game or a selected part of it (such as a single level), performed with the intention of completing it as fast as possible. While all speedruns aim for quick completion, some speedruns are characterized by additional goals or limitations that players subject themselves to, such as collecting all key items or playing blindfolded. Players speedrun mainly to challenge themselves, to entertain and to compete with others.

Players performing speedruns call themselves speedrunners and often record their attempts. These recordings are used to entertain others, to verify the completion time, to certify that all rules were followed, and to spot ways to further improve the completion time.

To achieve a high level of play, speedrunners often have to reason about the game differently from the way that ordinary players might. Speedruns usually follow gameplay routes that are planned out carefully before they are attempted. Many games have opportunities to disarrange the intended sequence of events and skip entire parts of it — often called sequence breaking — and many more have programming mistakes, or glitches, that a skillful player can exploit to their advantage. Tool-assisted speedrunning is a type of speedrunning in which various computer tools are used to obtain performances which would be near-impossible for a human player.

Some games are considered to be particularly suited to speedrunning and have online communities dedicated to them, which can provide an active platform for discussing, publishing, and improving speedruns. Speedruns can be viewed on a variety of platforms, including live streams where players can carry out and share their attempts in real-time. Although speedrunning was originally not a widespread phenomenon, it has since grown to involve several active websites and an increasingly expansive assortment of speedrun videos that are freely and widely circulated on the Internet.

Irish programmer Peter Chase, otherwise known by his username “Pac,” created speedrun.com in March 2014. On the website, speedrunners can customize speedrunning leaderboards for video games and submit video proof of their runs. The website also features forums, guide pages, and resources for new runners. As of December 2019, the site has over 250,000 registered users and over 1,000,000 submitted runs and over 17,000 games.