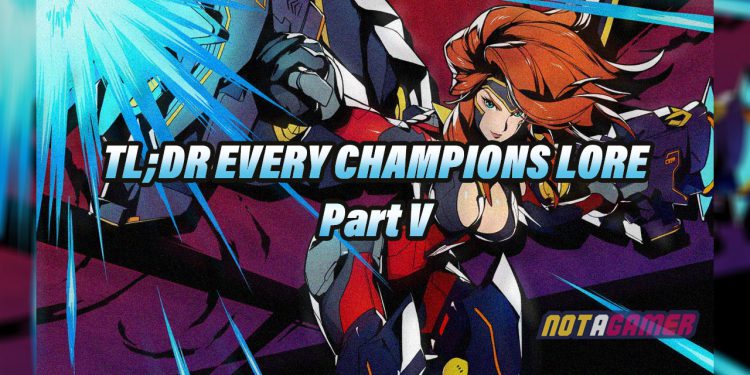 If you already read our previous Champions Lore for Those Who Are Too Lazy to Read [Part 1], [Part 2], [Part 3], and [Part 4] here is the next part of this series!

Here are our TL;DR (Too long; don’t read) Champions Lore as of June 2020. All the champions whose name starts with L, and M:

The matron and founder of the Black Rose, LeBlanc is a mysterious sorceress who’s existed since before the creation of Noxus, and who’s motives and goals remain shrouded.

Wielding the spirit of a mighty dragon, Lee Sin was banished from his monastery for his reckless pride, but was allowed to return when he defended it against the Noxian invasion. He now tries to master the spirit, and himself, so he can better protect his home in times ahead.

A Solari warrior, and Aspect of the Sun, Leona saw the truth when imbued with the Sun’s power, and now searches for Diana to make things right.

An ancient being who’s existed for near millennia, Lissandra made a deal with the Watchers, gaining power in exchange for her servitude. She has since turned against them, and has them frozen beneath her citadel, using of all of her resources to keep them from entering the world.

Wielding relic pistols that are particularly effective against the undead, Lucian wades a one man crusade against Thresh, who stole the spirit of Lucian’s wife, Senna.

A yorlde, Lulu brings enchantment to the world alongside her fairy companion, Pix.

LUX – The Lady of Luminosity

Born of the Demacian noble house of Crownguard, and sister to Garen, Lux was forced to keep her magical abilities hidden as it was taboo to be a mage in Demacia. She now works covertly, helping mages in Demacia, and hoping that somehow mages and non mages can live in peace together.

MALPHITE – Shard of the Monolith

An elemental creature born of the Ixtali construct known as the Monolith, Malphite uses his tremendous strength to keep peace in a frequently chaotic world.

MALZAHAR – The Prophet of the Void

Capable of seeing the future, Malzahar was brought to the ruins of Icathia by visions of the Void. He now views himself as a its prophet, spreading its influence across Shurima.

Originally a nature spirit, Maokai bound himself to a tree after the Ruination, and now seeks to return the Shadow Isles to their former glory and rid it of the undead.

The last living master and original member of the Wuju practioners, his village was destroyed when he left during the war of Noxus and Ionia, and now searches for new disciples to pass on the Wuju legacy.

Originally just a bounty hunter with a personal grudge against Gangplank, he killed her mother, but after exacting her revenge, now acts as a leader of Bilgewater.

A feared warrior with necromantic sorcery, he sought to join the gods by paving his life with the death of those beneath him, but after seeing the afterlife, he forced his own resurrection and made an empire built on dead thralls. He has since been defeated, but he’s influence is returning, and quickly.

The daughter of the Aspect of Justice and sister to Kayle, Morgana was also a guardian of Demacia in an earlier era, but where Kayle chose divinity, Morgana embraced her humanity. She now serves out of her own justice in the outskirts of Demacia on a personal level, believing that even sinners can be redeemed.