2021 Spring LoL Pro Leagues: The most boring ones? 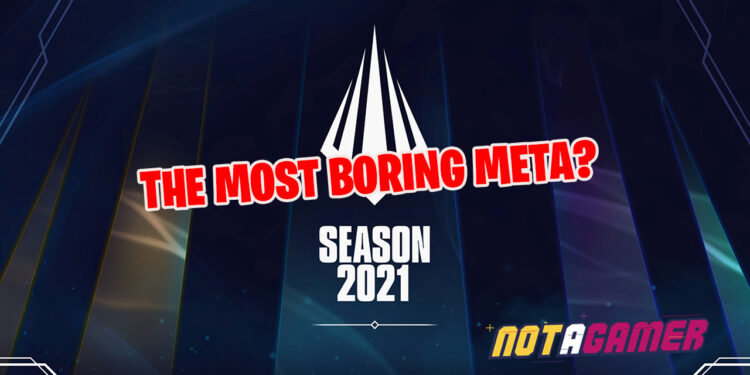 Spring 2021 is becoming the season having the dullest meta in the history of LoL due to its lack of diversity in champions’ presence and strategies.

Throughout a decade, Riot Games have been creating an uncountable number of metas, which make the pro leagues all over the world become more and more fascinating and attract new players to indulge in this game. However, there’s nothing perfect in this world, and there have been a lot of those making the pro leagues in those years terrible. An example of this is Worlds 2015 when Mordekaiser broke the whole tournament.

The first thing we have to say here is that the number of champions appearing in pro leagues worldwide recently. The meta from the end of 2020 to the outset of 2021 is the place for the jungle juggernauts that can boost their MS, such as Hecarim, Udyr, or Olaf. If you still cannot realize the problem, the presence of Hecarim in LPL was 98% and in LCK was 100%!!!

During the previous season, Aphelios and Sett were the most “beloved” names whose ban/pick rates were approximately 70% all over the year. Although Sett is now disappearing, Kai’sa is still an excellent choice this year, at least in the Spring Splits.

On the other hand, mid-lane is appearing to be the most stable zone. A mid-laner owning a large champion pool will have a lot of options for every match, such as Orianna, Syndra, Zoe, Viktor,… as there are no champions that seem so OP, and the team’s strategy is usually prioritized.

To improve the diversity of strategies, Riot Games definitely need to give the recent meta some adjustments, especially in the jungle and bot-lane. MSI 2021 is about to get started and we promise to give you guys all the information we have as soon as possible.