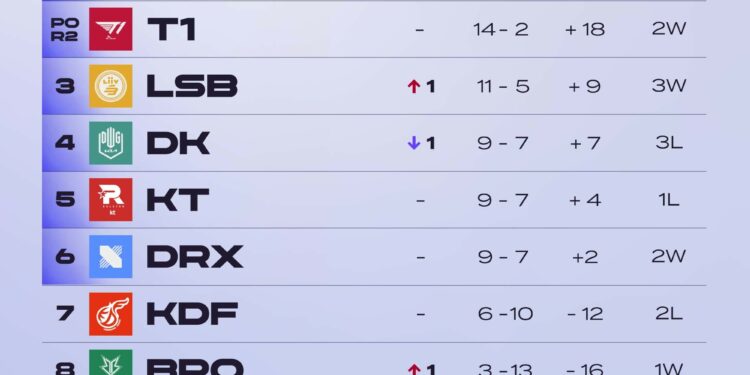 The playoff schedule for the 2022 LCK Summer Split has been set, and the six clubs. The 10 teams of the LCK have been competing since mid-June for a spot in the playoffs and, ultimately, the 2022 LoL World Championship. Gen.G, T1, Liiv SANDBOX, DWG KIA, KT Rolster, and DRX are the six teams. The four other contenders will begin the playoffs from the first round, while Gen.G and T1 have a bye into the second round.

Although the standings have not been determined, Gen.G will end the season in the first place regardless of how T1 performs if they win one of their two remaining games. The other three teams have a combined record of 9-7, while Liiv SANDBOX leads the pack with an 11-5 record. The overall standings will be decided in the final week of the campaign.