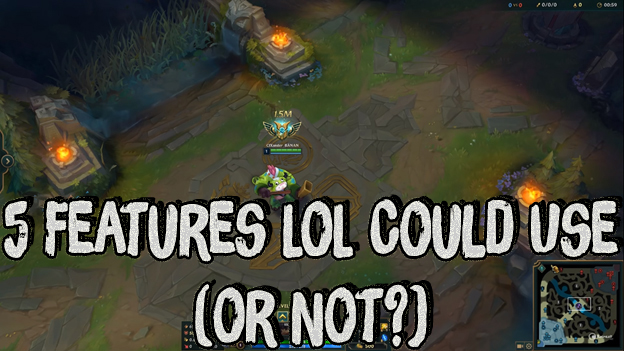 Riot Games still strives to satisfy the player’s opinion, the following is a few very impressive proposals from the community to improve League of Legends

5 Features League of Legends Could Use

Perhaps no one understands the players than themselves, if Riot Games wants to satisfy the player, it is very necessary to listen to the comments then select and edit. Recently a player has proposed out 5 ideas for League of Legends that are worth waiting for:

With this Mastery Point, the player will enjoy much more fun in his show of Mastery, which will impress as the indicator of the power towards that champion.

Instead of the normal image icons, animations will be much more vivid. And for the animations, League of Legends has lots of cool pictures like Graves sucking cigars, Yasuo blowing flute, Zed, Neeko…

This is difficult to put into League of Legends. However, that Riot thinks of something so that the LoL players are “safer” than when playing the ranking would be so so great. Because in some cases, many players were intentionally defeated by the team, who had been in the promotion chain.

This would be great for non-management Riot Games servers as the players can get to other servers managed by Garena to communicate with other servers.

Many people in the LoL Western community think that banning their chats is extremely useful, because sometimes in annoying situations, they will not be able to prevent themselves from “trash talk” with others. So if you can ban yourself from chatting, it will make the game more comfortable for you.

Although the above proposals are widely supported, especially the part that shows the point of proficiency, this is still just the desire of the small parts of tens of millions LoL players in the world, so Riot Games should consider this carefully.