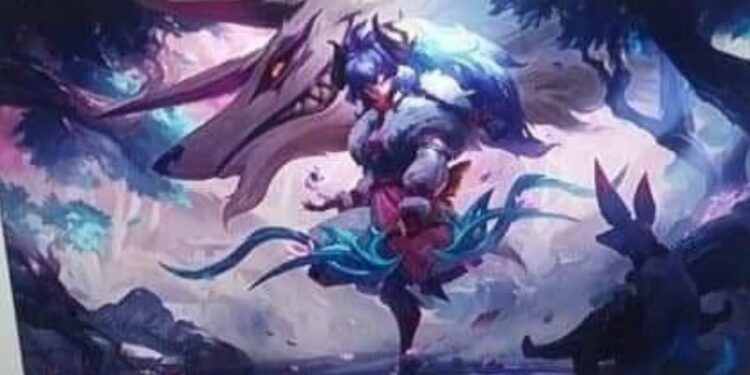 If Yasuo, Vayne, Lillia, Teemo with his Prestige Edition, Thresh with his mind-blown human form and the double champion releases of Lillia and Yone that caused the netizens across social media platforms and Internet forums to fawn over lately weren’t enough for this half-a-year teased Spirit Blossom event, another batch of skins has just been found by League’s own branch of conspiracy theorists.

On August 8th, a set of emotes have been found on PBE server. Most players can easily deduce the upcoming champions to receive the Spirit Blossom skin by the notable features of the champions, namely: Kindred, Ahri, Riven, and Cassiopeia. Moreover, Surrender at 20, a prominent League of Legends news outlet, also posted the name of the files found in the PBE League of Legends folder, confirming that the theory is accurate.

Out of all skin, Spirit Blossom Kindred is probably the most discussed content among League enthusiasts, for it is the first time they know how the Lamb actually looks like under her Wolf mask. Along with Thresh, this unmasking – anthromorphing marketing tactic by Riot Games proves to be successful, since an unpopular recipient for new skins like Kindred is being relatively hyped right now.

It should be noted that Kindred and Cassiopeia haven’t been receiving any new skins for over 1000 days. Since Riot promised that they will grant every champion who hasn’t received any new cosmetics for a long while this year, the Lamb and the snake are perfect candidates for this event. Their mains can now rejoice as they can now spend more Riot Points on their beloved champion.

The biggest event ever?

If all of these haven’t crowned the 2020 Summer Festival the title of League’s biggest in-game event in its history, on early 8th July, Reddit user u/Kiritoxzn, who leaked Yone’s information, has revealed that there will be another Demon Hunter skinline to come with Spirit Blossom roster. Yone, Yasuo (prestige), Riven, Shen, and Zed will be the recipients. It’s unknown if Riven, Yone and Yasuo would receive 2 skins at a single event, though double releases on the same champions like Dark Star – Cosmic Lux and Nightbringer – Dawnbringer Soraka have been attempted before, therefore this assumption is entirely plausible.

Riot Games is apparently trying its best to allocate all resources and talent into the planning of the event, so all League fan base should rack up enough Riot Points now for the oncoming additions to the shop. Judging by the initial reaction across the Internet, this event will be well-received and will be regarded as one of the best events, alongside events like the Frejold update patch in 2013 and the Burning Tides in 2015.