5 signs that you are a Noob player LoL 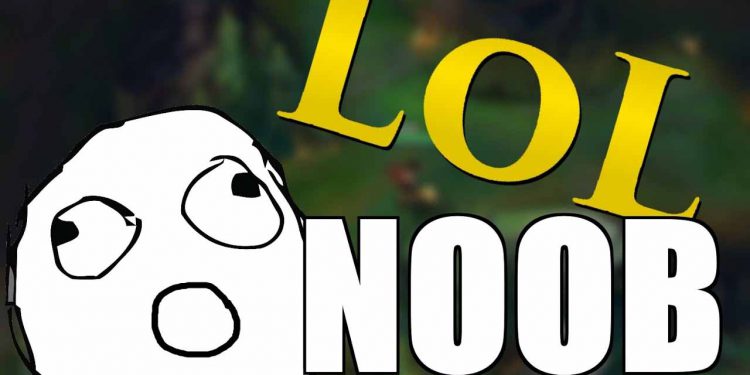 League of Legends is a game of strategy and skill. The more you play, the more you will improve over time. However, if you keep playing and you find yourself still in place, there is a reason. Let’s find out together…

If you’ve ever made a mistake and died, just be reborn and die again like that mistake because yes you’re too noob. Never make the mistake that made you die because it will make you more unhappy.

For example, while being destroyed by the enemy while hiding in the grass, just reviving the teleport, continue to head and die at the same position.

Or just lost to the enemy solo kill, lost level but turned up to fight solo again for angry and continue to be defeated. But that makes chat opponent as “noob” only.

Do not know how to observe the map

This is a lot that you have, reading the map does not need to be so super as the League of Legends professional players that it simply knows how to look at the map.

Sometimes the hands are broken, but no teammate even next to it is really “bitter”. So, pay attention to the map and more than read the map to be able to have great battles.

Do not know last hit

Last hitting soldiers is a fairly basic skill for those who have played League of Legends for a long time, because without this skill, it seems that you can not prove you are good.

Sometimes you kill more than your opponent but your farm is not equal to their half. The last hit also proves that you’re a good marksman, don’t forget this.

Hit and run is a familiar phrase for League players. In theory, that’s all, but when you go into battle, some of you just stand and fight your opponent. This makes it easy to lie down.

Do you notice that the highlights in most have the hit and run phase and the skill and run at the peak? That is why you should master this if you want to improve your level.

A very common thing for some of you is to jump into the battle, and you don’t know what you’re doing. This proves that you do not understand the situation in combat and your handling ability.

So practice being calm before the situation before doing something. Do not enter the combat, but press the chaos all the time, then win the combat, and most of it is broken.

Above are 5 things proving you are still a “noob” gamer. So please improve these if you want to rank higher. Anything else, remember the comment below for you to learn. Follow us for more news.