8 Differences That Players Has Pointed out in League of Legends: Wild Rift 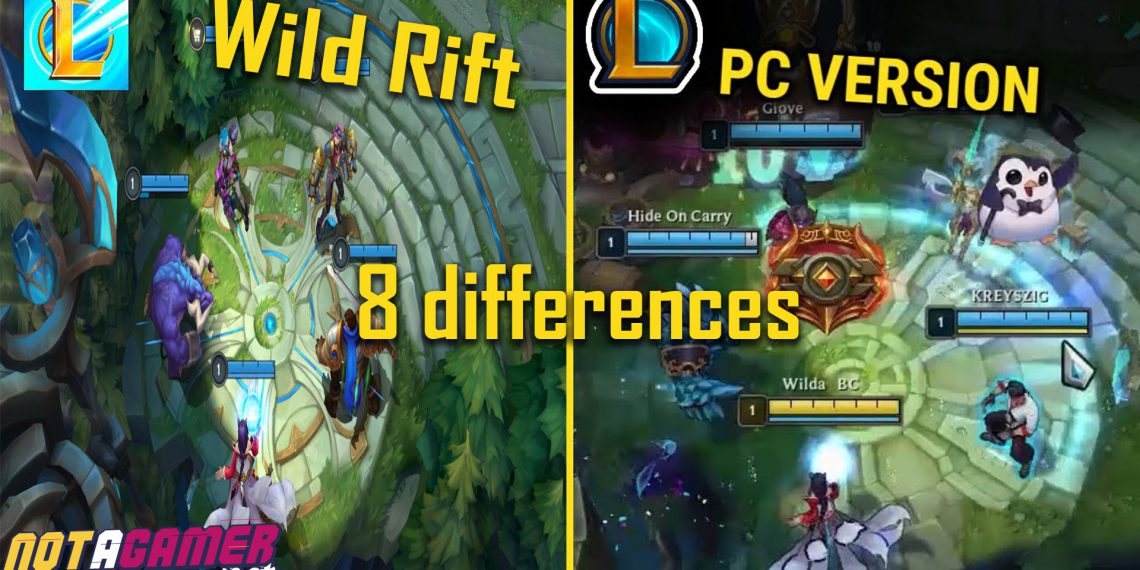 After days of experiencing the Riot’s newest game League of Legends: Wild Rift in 2 different countries, players and testers now have the most comprehensive glance about these novel features of this game.

Matchs in League of Legends on PC is basically have unlimited match time, Riot has tried their best to lower the possibility of those matchs which pass 1 hour mark. They also apply this thought on League of Legends: Wild Rift, therefore the pace of the game is fast due to the modifications about map, turrets, champions and dragons.

Champions will reach their power spikes more quickly while the possibility in destroying turrets is not as tough as PC version. For example, Nasus’s Q – Siphoning Strike was increased its passive stacks. A match in League of Legends: Wild Rift will not occur more than 18 minutes, predictively.

One more change that makes League of Legends players unfamiliar with is the fact there are no minion inhibitors. Inhibitors are what spawn enemy’s super minions when it is destroyed and in its cooldown, these things affect the idea of a fact pace moba that Riot is applying for League of Legends: Wild Rift.

Therefore, the removal of inhibitors is understandable. The fact that there is no inhibitor means losing a lean will spawn super minions continuosly thus ends the game more quickly. Because of that, the early and mid game period in Wild Rift are very important, especially in the lane which is near Dragon.

Not like in League of Legends on PC that minions need a certain time to move from inhibitor to lane, Wild Rift’s minions have their movement speed increased, thus reduces efficiency of freezing wave. All of this for 1 reason: to make the game pace as fast as possible.

There is a game which is temporarily the best Mobile MOBA game called Arena of Valor is also apply this too. Like all things that was mentioned above, to finish a game under 15 minutes, Riot had tried every ways to make Wild Rift different from its PC version.

Though there are no nexus turrets, the nexus now can shoot enemy itself. This will lower the chance of a team lose because of a Backdoor.

The map is smaller

While you need a certain amount of time to travel from lane to lane in League of Legends, in Wild Rift that ammount of time had been shortened. This mean combats that involve many players will occur more frequently, the team with better laning phase has higher chance to win the combat.

Those of experiences like Recalling or Buying only at the Fountain are still retained to seperate League of Legends and Wild Rift with other MOBAs. The fact of borning late helps Wild Rift to avoid all the mistakes that other mobile MOBA games have, this will make Wilf Rift come closer to perfection.

The quality of skins are topnotch

The most impressive thing in Wild Rift is the way Riot takes care of every skins in details. Everytime you take a look at a skin, you will contemplate a short presentation video of that skin, before the game gives you a close-up view of the skin. You can freely change the point of view for the skin, from splash art to 2D ingame or 3D model that can be rotated.

Remember that in the PC version, from normal to legendary skins, you can only see their splash art. The most lucky ones are ultimate skins which have some live splash art. Because of that skins in Wild Rift is a major step by Riot, this shows Riot ambition with this game.

Not to mention that most skin in Wild Rift had been redesigned, the quality is so much better than PC version, even on a normal skin. Beside that, lots of players have point of that Wild Rift skins have better sharpness and clearity.

Female champions are not as sexy as the PC version

However, there is a problem that makes many players feel dissatisfied, it is about the skins of female champions in Wild Rift. Many players have complained when witnessing their “goddesses” competing “wearing winter clothes”, with the image too “non-revealing” compared to the original version on PC.

Riot has a good reason for this. It’s because Wild Rift’s age restriction is 13+ , in doing so, Riot don’t want their game to be marked as offensive by the parent.

There are so many buttons !

Many players point out after testing the game is that the Wild Rift is very hard. It’s obivous that there are too many buttons on the right side of the screen. There are 11 buttons close to each others, there buttons have many function like: auto attacking, lasthitting, turrets hitting, 4 skill slots, trinkets, 2 spells, and not to mention item activation. So many buttons that are arrange in such close distance is a hard to learn for newcomers.