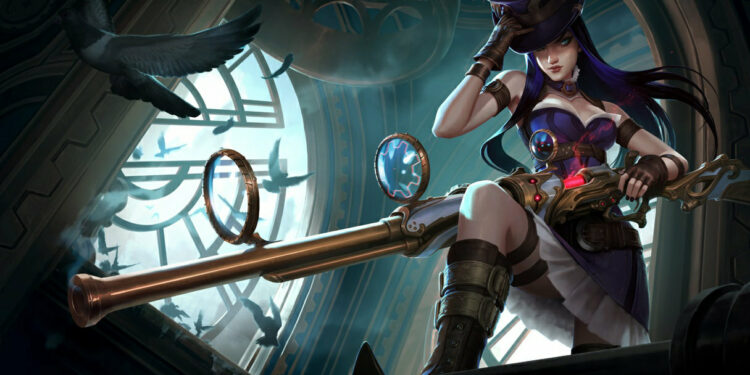 It’s unclear whether this serious bug will have a significant impact on Caitlyn, one of the meta’s best ADCs.

Caitlyn may have been a typical champion in the recent patches of League of Legends who suddenly became exceedingly strong without any direct buff. With the revamp of Lethal Tempo, Caitlyn now can have much better positioning and can deal too much more damage in team fights. Furthermore, the return of Lux, Morgana, Lulu, and other Enchanters to the Support role strengthens Caitlyn in the laning phase. Caitlyn is presently one of the best ADCs in both the solo queue and professional levels as a result of all this.

However, Vandirill – the “god of bugs” has recently found a new bug that can completely destroy one of the Sheriff of Piltover abilities. More particularly, items that provide the Spell Shield effect – Banshee’s Veil and Edge of Night will disable all damage on her Q – Piltover Peacemaker.

Moreover, not only the Spell Shield effect from items is the only way to trigger this bug, but the Spell Shield provided from Morgana’s E – one of the best SP you can pick with Cait – will also cause the bug to trigger and therefore, make her Q completely useless.

It’s worth noting that this ibug occurs not just when targeting a champion, but also while using the Q – Piltover Peacemaker skill on minions and monsters. Consider that the ADC has very few defensive items to protect themselves with, and the Edge of Night is one of them. With the mentioned bug, Caitlyn’s ability to purchase defensive items is reduced even further because no one wants one of their skills to be useless.

Furthermore, this is not the first time that this issue has happened in League of Legends. Sona and her Ultimate – Crescendo, according to Vandiril, share the same bug in which it does not inflict any damage or stun if the champion has the Banshee’s Veil or the Edge of Night. This bug has been around since Sona was gently reworked six months ago, and it has reappeared with the newest victim, Caitlyn.

When directional abilities that have the same mechanic as Caitlyn’s Q and Sona’s R are immensely popular, Riot Games may need to conduct a thorough evaluation of their champions. Hopefully, Riot will find a solution to solve it as soon as possible so that this problem does not have a significant impact on the game.