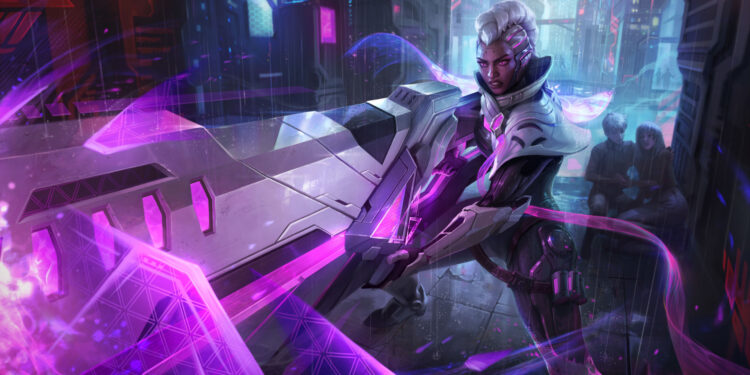 Another game mode is coming this year?

Will ULTBOOK be a game mode with PROJECT theme.

Lately, a player spotted in the League’s game files a new string called: “ULTBOOK”, which might just like previous times, the indication of a new release in League of Legends. Many champions release in the past, such as Yuumi, Viego was leaked in the same way as well.

Many interesting theories have been developed about the string, fans are suggesting that this might be a new game mode in the next patches.

While some suggested ULTBOOK to be a game mode with PROJECT thematic, many fans are hoping for another ambitious mode with particularly different playstyle, somewhat similar to what Riot Games announced as an April Fool joke: An ability-drafting base mode.

“Ultbook kinda sounds like summoner spellbook, but with ults instead. Like one of your summoners is replaced by ultbook, and then every time you use an ult you get to choose your next one from a random pool of ults. Actually, that would be interesting as a keystone or as a new summoner spell in general, to add something else to the Inspiration tree. Imagine playing support right on SR and instead of taking ignite you have a chance to roll for high-powered ults instead, gives a huge opportunity for variance similar to what Sylas gets, but open to more champions. edit: Think of all the neat combinations that would be possible, especially for champs that are already Spellbook users or Omnistone users or have weird ults or weak ults, getting an additional spell, and then getting to use it in a new unique context. Sylas at the moment has a super high play rate for a midlaner, and I think this is not just because he’s strong and fun, but because his ultimate makes for so many interesting scenarios and really unique thinking about the game with ultimate context.”

Many theories are being made, some believers are hoping for something newer than their usual ARAM or Summoner’s Rift matches, while other suggested that they aren’t looking towards to anything since it has already been three months since Viego’s release and he is still having more bugs than anything else in the game.

What do you think about ULTBOOK? Leave a comment and let us know.