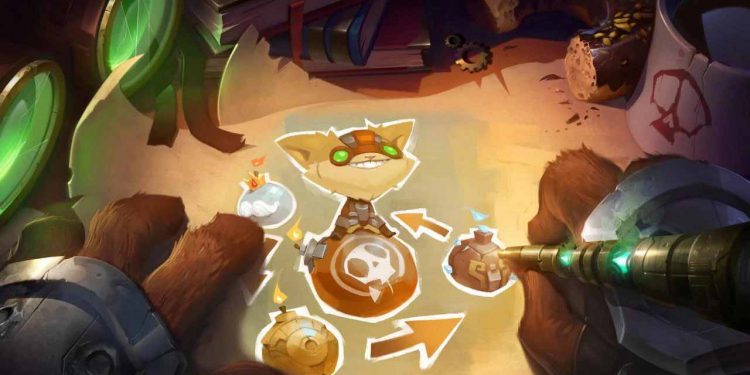 New Game Mode – Riot Games offers a lot of entertainment modes, but gamers can’t decide which champion to use, so they will come up with a new mode to meet this need.

To meet the high entertainment needs of gamers, Riot Games, has launched a lot of different super interesting modes. However, the common point of all these modes is that the player cannot actively choose his favorite champion. Understanding the heart, Riot Games promised to solve the needs of players this year.

However, the latest game modes that Riot Games has brought only a small part in the needs of gamers. Because these alternate game modes have real entertainment, but players can not choose their favorite champion.

Receiving a lot of feedback from League of Legends players, most gamers expressed their desire that they want to experience a selectable game mode of their own champions and a shorter game time than the games duel normal

Understanding the hearts of gamers, Riot Meddler has announced it will launch a new mode this year. More importantly, this game mode will allow players to choose their favorite champion and will ensure a short but interesting first time element.

Looking at our recent changes that have impacted top lane play we’ve seen some noticeable shifts on a couple of significant angles. In terms of position preference (how many people choose to queue as top) we’ve seen preference rates increase meaningfully over the few weeks or so, making top a position with average to somewhat above average appeal depending on which region and MMR band you’re looking at.

Then, looking at in game trends, we’ve seen top become the lane that most commonly has the first tower taken in it, more damage contributed from top laners in team fights, more kills by top laners etc. Given those signals and some other secondary ones we’re holding off on any further top lane focused impact focused work for now at least, given both player interest and ability to affect the game have increased as hoped.

On another SR balance related topic we’re also making some adjustments to the SR balance framework thresholds which are one of the key ways we identify potential balance targets. Specifically we’re going to be lowering the winrates at which nerfs are suggested for Average, Skilled and Elite play by %. Overall we’ve been quite happy with the balance framework. One of our conclusions during a recent review of it however was that it was skewed a bit more towards buffing than nerfing for the non pro play categories, resulting in a bit of power creep at times. The goal with this adjustment is to correct that as a result.

If you’re unfamiliar with the Balance Framework and would like a bit more info on it in general, more can be found at the link below. One meaningful change since that was written is that we’re now also using win rate for the Elite category, having slightly expanded the audience for that category and validated that win rate is a meaningful measure to consider in that context too.

Events used to ask you to play around four games per day to earn the event’s Prestige skin. Your feedback was that that was too much, and we agreed, so we decided to lower the play requirement to between two and three games a day. Since most of us can’t play as much during the holidays, we decided to go even further for the Night & Dawn and Mecha Kingdoms events and lowered the requirement to around one-and-a-half games per day for those events specifically.

However, because many players no longer had holiday commitments and their play time went back up during Mecha Kingdoms in January, we saw a lot more players getting the Prestige skin or Prestige Points during the Mecha Kingdoms event.

During Mecha Kingdoms, the vast majority of pass buyers got enough tokens to unlock Prestige Mecha Kingdoms Garen, even those who didn’t play much.

So, we made the choice while working on Galaxies earlier this year to reduce the tokens being granted such that it typically takes between two and three games per day to get a Prestige Skin. We believe this will help keep them more exclusive, but because this requirement is significantly lower than the approximately four games per day required from events last year, we hope it still feels fun and fair to achieve.

On a related note we’ve also adjusted the number of points needed for milestone missions. Historically those have needed 20 points per mission to complete. For Night & Dawn we tried 15, though we had it back to 20 for Mecha Kingdoms.

After reviewing both events our conclusion was that the increased accessibility of milestone mission rewards Night & Dawn had was appropriate so we’ll be sticking with 15 points required going forwards.

As always, we’ll be reviewing this event and your feedback to help inform if we should make further adjustments. Thoughts much appreciated.

Getting a bit more Narrative into Events

We’ve been working on improving events this year, particularly since they were an area we didn’t invest in as much last year. In addition to bringing back event game modes and pass/mission improvements, something we’re also looking to try is getting a bit more narrative into the event experience. That means taking the chance to tell some of the stories of the alternate universes events are generally themed around and driving those narratives forward. Narrative like this isn’t everybody’s thing but we’d like to deliver a bit more of it for those players who do want to engage with it.

Our first foray into a world where events deliver more narrative is Galaxies. We will be telling the story of Lux, and as described by our writer Yichao:

Based on feedback from this approach with Lux’s story, we’ll look at potentially incorporating more narrative in similar, or possibly even expanded ways, in a future event.

Need for a game mode where you pick your champ

Finally, one more event related note. A piece of feedback we’ve received regularly is that some players would really like an event game mode where you get to pick your champ that also has a shorter game time than SR/ARAM do.

Makes sense as a point of feedback, especially given our last few events have been either random champ select or limited control, with Poro King, ARURF and One for All. As a result one of our goals now is to deliver an event game mode that has shorter times and standard champ select rules this year.