A player who uses Nunu feeds 0/700 and still wins 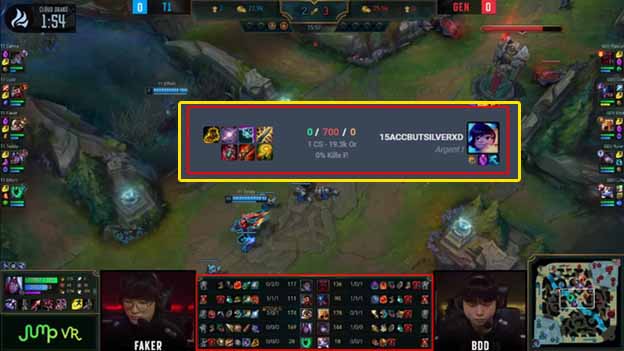 It is true that in League of Legends everything can happen.

The Wikipedia entry is “The best recorded and officially confirmed achievement for a particular skill or sport”. Basically, this is an extremely valuable achievement to confirm the level of a team or individual player in a sport. With Esports, too, you often hear things like “TI breaks the prize money record” or “Faker breaks the kills record” …

Temporarily ignoring the aforementioned titles, the parameters in League of Legends are also recorded to find a record, but not the highest anything is proud and the downside feeds index is one of them.

Normally when you are defeated, the opponent will get money, experience, advantage… to win, so high-level gamers usually limit the death as little as possible.

However, at lower ranks, it is quite common to lie down frequently or have timeless lives. However, being able to die until 0/700/0 like the guy holding Nunu & Willump below is indeed an extremely extraordinary and ridiculous thing.

It is worth mentioning that Garen and the team with this guy are also extremely troll map, but the result is still winning. Meanwhile, Ahri with 667 kills and still lost.

Perhaps the average player couldn’t die that much, so this was definitely a deliberate act. Moreover, this is most likely an arrangement for both teams to find matches in dynamic rank at the same time together and drag the match to 151 minutes while only one side has this feeder.

Perhaps this is the only way this guy with the nickname Skipyyy has not been accused and banned accounts for his deliberate death.

Our advice is that gamers should not be foolish, but try to break the record in the ranking matches because of the high rate that they will be denounced and banned for an account because of intentional death.