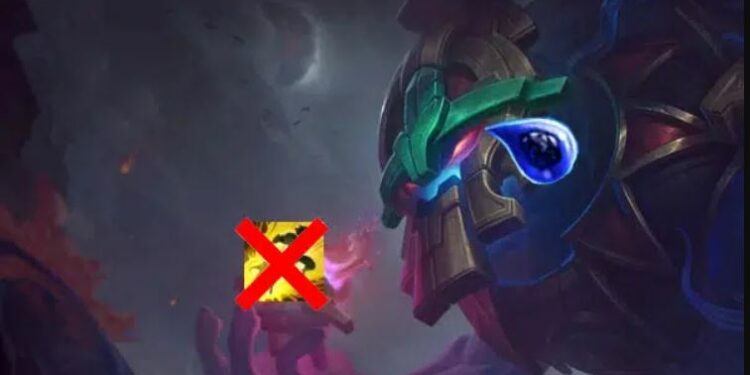 Another serious bug discovered by the community, and this time it is related to a summoner spell, Flash.

Flash is one of the most popular and important spells which allow players to escape, instantly attack the opponent or perform the “outplay.” So if you don’t have your Flash ready, whether intentionally or unintentionally, is always a huge disadvantage in any situation.

And ironically, an unfortunate player encountered a situation that his Flash was locked up to 2 times. This caused the player with the Reddit account name “u/Mr_Windowsill” to lose 2 consecutive ranking matches.

“This flash gamebreaking bug happened to me twice in ranked games. This bug basically makes you unable to use flash for the rest of your game.”

So how did this error happen? Basically, this was the error of the interaction between Hextech Flashtraption and Flash spell. If you use dashes, for example in the video, Maokai with W – Twisted Advance, as the same time as the Hexflash reverted to normal Flash, this spell will be locked.

The comments under the post also indicate that the same error also appears with Urgot’s E and Alista’s combo. Even the bug above affected Blitzcrank as well.

This can be considered an extremely serious error when it makes gamers unable to use the most essential spell in League of Legends. As a result, players have to face a lot of disadvantages that can cause unwanted situations, and worst of all, lose the whole match. You should not use Hexflash to avoid such unfortunate errors. Perhaps Riot Games will fix it as quickly as possible.