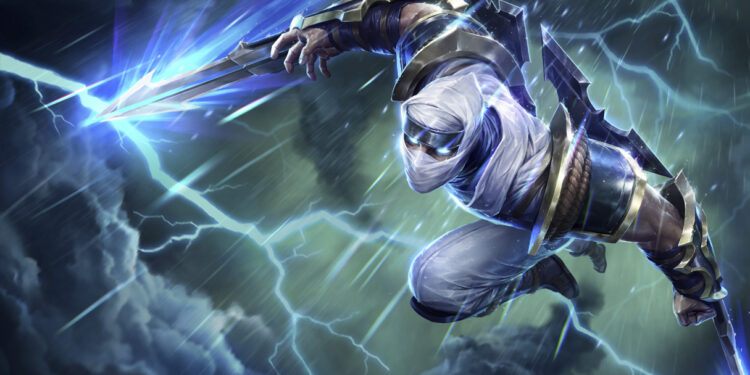 New statistics about the current state of Season 11 Mythic items has been announced earlier today.

After gamer feedback about the previously false statistics of the Mythic items, League of Legends Lead Gameplay Director – Riot Mark Yetter had posted an apology earlier on his personal Twitter account. Besides, the representative of Riot Games also shared more statistics about the current state of the Mythic item system to fans. According to Yetter, a lot of Mythic items for Mages, ADCs, Bruisers … are at an imbalance when there is an overwhelmingly high buying rate of each item on certain champions.

While a lot of Mages, Bruisers, and Tanks have the buying rate of only one first item, which surpasses 75% (Riot’s imbalance threshold), there is no AD Assassin surpass this percentage.

Basically, all these 3 items of the AD Assassins serve the same purpose – increasing the assassination chance for this class. The differences probably comes from the output damage and the use in certain situations or matchups. For example, If tanky champions are the case, Eclipse is a suitable item because it possesses a passive that deals bonus damage base on a percentage of maximum health.

In case you need to quickly finish one single target only, Prowler’s Claw is the best choice. Meanwhile, Duskblade of Draktharr will help you increase mobility in combat with its stealth passive. This variant in gameplay while remaining close to its original purpose made AD Assassins widen their choices based on each match and thus, lowered the difference in the item buying rate.

However, other classes, such as Mages, for example, has this variant in item picking too, but their Mythic items serve purposes that are too different and for some champions, not all items suit well with their abilities. While Luden increases the burst damage and helps to push lanes better, Liandry provides more damage in long combats and Everfrost gives extra CC in certain situations. Some champions, such as Cassiopeia, will find Luden or Everfrost doesn’t suit her ability any at all, which made all Cass players will only aim for Liandry in all matchups and situations, thus, lower the variation rate.

This poses a big challenge to Riot in finding a way to balance the Mythic item system. If they try to repeat the success of the AD Assassins items (serve the same purpose and differ only in the way they deal damage), they will not be suitable for some champions. In case they try to optimize the stats of some of the Mythic items, it won’t solve the problem completely.

It can be said that this is an extremely difficult dilemma that Riot is posing on its own with the aim of diversifying the options for Mythic items. Hopefully, Riot will find a solution to this problem in the future or at least not turn the Season 11 item system into a kind of “balanced disaster” like they used to do before.