AD Katarina receives nerfs on the PBE for League Patch 12.12 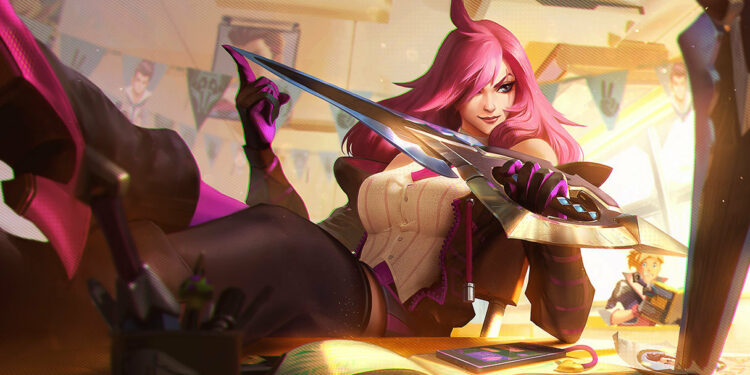 Katarina may face some nerfs in the forthcoming League of Legends 12.12 patch release. Riot Games appears to be experimenting with her on the PBE

The test server is now on the 12.12 cycle, with patch 12.11 officially released. The devs have already begun to introduce champion and item modifications that will be included in the release patch.

The nerfs that are being implemented to Katarina are one of the adjustments that have piqued the interest of the League of Legends community. The AD ratios on most of her abilities appear to be reduced, but the on-hit modifier of her ultimate looks to receive some buffs.

Katarina changes on the PBE

Her extra AD has been lowered from 75 to 65% while picking up a dagger and slicing surrounding enemies. Picking up daggers can cause significant damage to opponents, hence nerfing the AD ratio may influence her playstyle in some way.

Shunpo (E) is another ability that does damage based on Katarina‘s AD, and it appears that it will be nerfed from 50 to 40% AD.

Most notably, her ultimate on-hit modifier appears to have increased. Her ability power and attack speed ratio per hit have also been increased to 18 and 166.6 additional attack speed, respectively.

Many players have been confused by her AD ratio nerfs. They believe that all it does is nerfing her early game and worsen her already poor laning phase.

While some believe the devs are pushing Katarina toward a more AP and Attack Speed build, the majority remain skeptical. Even with these nerfs, the AD build path remains mostly unchanged.