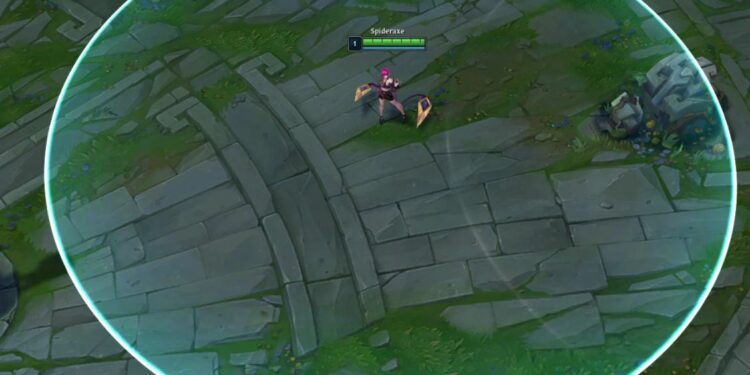 The fragile support champions will soon be able to control the map more safely.

Support champions with a resilience bias are widely used in the current meta, especially at the high rank and professionals. Which can be seen in the 2021 LPL Spring Split, the first five support champions with the highest pick rate are in the form of tankers and possess a flexible kit including attack and defense skills.

In the meantime, the “fragile” supports were gradual “out of meta” due to the inability to open the combat as well as easy to be taken down. This makes it very difficult for other teammates to combat when in a disadvantageous situation. To compensate for this, Riot Games has made a major update to support items including Shard of True Ice and Black Mist Scythe. These two items are going to receive a new effect that increases the ward range by 300.

The new ward range after completing the upgrade of Shard of True Ice and Black Mist Scythe.

Currently, the ward range increase has only been tested on Shard of True Ice and Black Mist Scythe. However, the two other sup items for tank champions including Bulwark Of The Mountain or Pauldrons Of Whiterock, don’t get this new effect. This shows Riot’s intention to increase the safety level of support buff as well as squishy champions who are using Shard of True Ice or Black Mist Scythe for warding.

With the above-mentioned adjustment, it is no longer necessary to encroach on the opponent’s area but still control the vision. Furthermore, the possession of 300 extra ward range allow player enough time to react and get rid of the opponent’s “sudden attacks”. It would then reduce the situation of being caught too much while controlling the vision.

In brief, support chams such as Zyra, Morgana, Sona, Seraphine,… who use Shard of True Ice or Black Mist Scyth will have a great advantage following this buff and might dominate the support meta in patch 11.5.