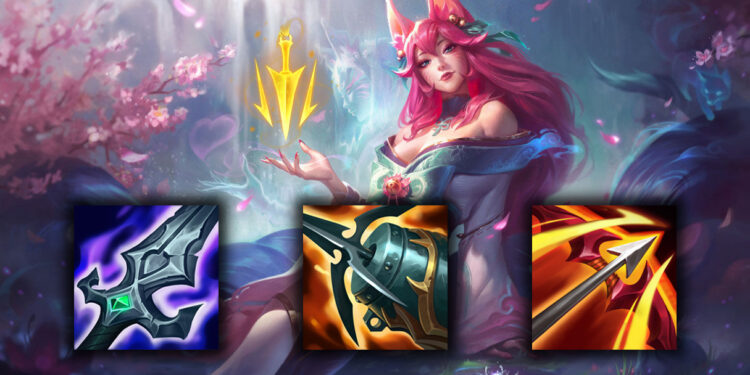 After her most recent mini-rework in season 12, Ahri became even more powerful than ever before and was used by both solo queue players and several professional league teams.

However, aside from the traditional Mage gameplay, Ahri AD has steadily emerged and shown to be extremely strong in solo queue. Even G2 Esports Caps has played this new playstyle frequently in Challenger in order to climb the ladder. So how Caps is so fond of this build? Let us find out!

Being a traditional mage, abilities is always necessary for every situation, her E – Charm, which has 12s cd on every level is one weakness if used unproperly. With the AD playstyle, even if you miss her Charm, the output is not seriously impacted as she can still auto-attacks. As a consequence, the player has a powerful control tool, and even if you miss the ability, you can still ‘right-click’ the enemy.

Her W – Fox-Fire also plays a huge role. in this playstyle.  The reason for this is because her W boosts movement speed in 2 seconds, and allows Ahri to move freely, allowing her to escape more effectively with a cd of only 5 seconds at level 5.

Furthermore, Ahri AD shines even more with her latest mini-rework. When the player takes down an enemy, her R – Spirit Rush will provide an additional dash (up to 3 dashes). As a result, the champion is extremely effective in taking down enemies in big team fights.

For items, Kraken Slayer, BoRK, Wit’s End, and Runaan’s Hurricane are the best suited for this build. And for rune, Lethal Tempo will help Ahri with rapidly fast attack speed and increase range.

All in all, this new playstyle mostly takes advantage of the mobility that Riot provides after her mini-rework. So, if you want to test out a unique playstyle to climb the leaderboard, Ahri AD is a great pick for you.