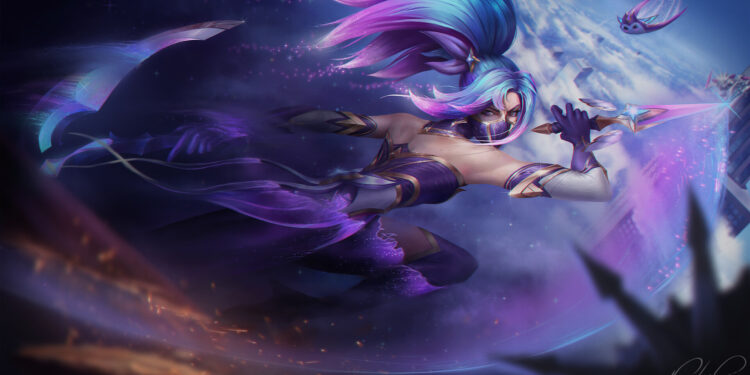 In the most recent Star Guardian trailer, what is going on with Akali? While it may be simple to see the stars in the night sky, it can occasionally be difficult to follow their light because of how engulfing the darkness can be.

The most recent trailer for League of Legends’ well-liked summer Star Guardian event was released by Riot Games just before the month of August officially began. Fans were given a brief glimpse of Akali, the beloved ninja fighter of Valoran City, in the gorgeously animated teaser, along with her battle against corruption.

Before going to bed, Akali may be seen exploring social media and viewing pictures of her classmates and Star Guardian teammates. She starts to dwell on her own self-doubt as an inner monologue starts to play, and intrusive ideas of her failing the team starts to repeat in her head. While this is going on, she is unexpectedly propelled into a shadowy realm where she is pitted against her own deadly foe.

When the normal Star Guardian Akali is nearby, the dark, corrupted Akali appears and seems to be holding her hand. Instead, the Rogue Assassin draws her weapons, and in response, her dark counterpart charges at her while wielding a kunai. After a brief battle, the real Akali defeats her evil sister, but the forces of evil are already reaching out to draw her farther into the shadows.

Star Guardian Kai’Sa arrives and extends her hand to Akali just as she is about to give up hope. She returns to her room before her fate is decided as she awakes from the nightmare. Before the video concludes, she suddenly gets out of bed and is soon replaced by her corrupted self.

The new Star Guardian event centers on the next generation of cosmic heroes as they face off against a fresh set of foes while juggling high school life’s daily challenges and the pressure to live up to the Star Guardian moniker. By hopping onto the Summoner’s Rift and moving the story along in the client’s integrated visual novel, you can discover the entire tale.