All of the champions that Riot Games has released in 2021 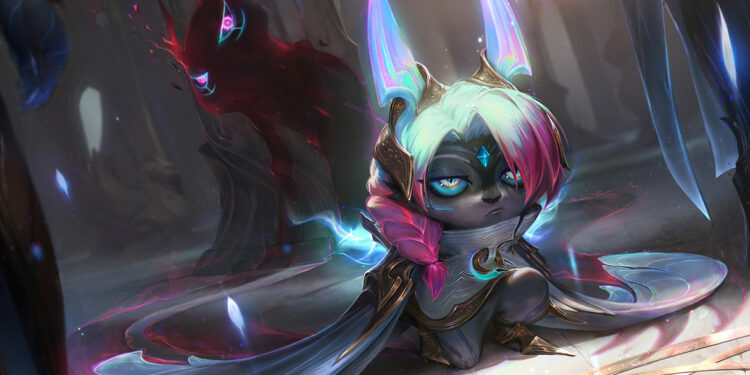 League of Legends 2021 is coming to an end, and Riot Games have released a total of 4 champions during the year. Although few champions are released, compared to other seasons, these 4 champions all had a significant influence on the game.

Instead of releasing fragmented heroes with no story connection, Riot Games flipped the script in 2021, releasing 4 champions that were all tied by the story of Ruination and Sentinels of Light event.

Let’s see through the 4 latest champions in League

When Viego was first launched in January, the year got off to a wild start. When he finally appeared in the Ruination video, players knew the game was going to be different already. Viego, a game-changing champion with the capacity to perform several roles, shaped the meta at various stages throughout the 2021 season—on both the professional tournament and the solo queue.

However, the concept for such a champion to appear in League was so unique that turned Viego into one of the most broken champions during the time with various bugs and imbalance in his kit.

Riot had not released a top laner with dueling skills in a long time, and Gwen suited the bill wonderfully when she was introduced after Viego. Gwen has an extremely high skill cap, allowing players to auto-attack swiftly. In fact, the necessity to reset her ability from her auto-attacks is a big element of Gwen’s kit, and it’s what allows her to do so much damage so rapidly in team fights.

Different from Viego, Gwen doesn’t have any brand-new feature that captures players’ eyes. Still, she has proved herself to be a strong pick and a very balanced champion.

As an added bonus, Gwen’s direct related to Viego marked one of the few times in League history when two champions were launched one after another.

Having one of the worst debuts in the entire League history, Akshan is at the bottom of the list of champion releases in 2021. This was the time when League community started to wonder if Riot has actually gone too far with his abilities and his reviving mechanic.

Furthermore, Akshan had to be hotfixed as soon as he hit live servers, and some bugfix or balancing update in almost every patch afterward. Nonetheless, as a champion, Akshan is enjoyable and sometimes can be a viable choice with his ability to swing around to deal tons of damage, along with his reviving ability Going Rogue (W).

The last champion to be released in 2021, Vex has a one-of-a-kind personality that sets her apart from the rest of the roster. Though having called a traditional mage, her ability to jump right into a team fight and a strong CC potential captures both professional players and solo queue players.

Though, her complicated gameplay and glaring distinctions from other mages may make her difficult to handle for players who are unfamiliar with her.

Season 12 is on the way, and League of Legends is about to turn to a new chapter filled with new champions and features.