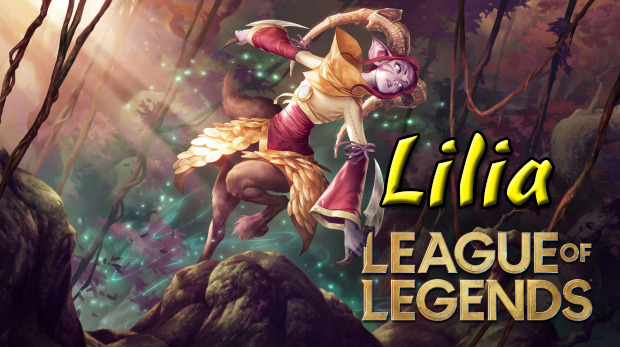 Let’s look at everything we have known about Lilia – a new Champion jungle to be launched in League of Legends.

As we have mentioned about the game launching route, there will be two more Champions will appear in summer event of League of Legends. Among that, Champion jungle Lilia (the name was revealed in PBE) is given more and more information by Riot Games.

The name “Lilia” was first noticed when gamer was finding sound file on PBE. And he came across the thing like this:

The new loot item called “Lillian’s Haiki” has been added to PBE, which includes the following descriptions: “You have discovered Lillia in the forest.”. The description line of this item stated that it would be released on July 22, but it is unclear if the item or Lillia would be released.

So Riot Games has accidentally confirmed new champion, Lilia, under the hearing-drop movement. And it’s likely that in the following week we will have the first trailer or image of Lilia.

According to Riot Games, Lillia will be a new jungle champion. Surely the “Jungler mains” would be delighted that the most recent champion jungle to be released was Kayn in 2017.

There is almost no information about the skills of Lillia. But there is a skill quite similar to Zoe’s, but this skill is capable of rolling a distant distance.

The upcoming champion may belong to the Vastayah, namely a half-stag creature. Riot Games also determined that it would be a female champion, so we could also guess a part of her appearance to be like the Dota 2 or Lunara of Heroes of the Storm.

Besides, in a GIF describing Mundo’s skills to rework recently, we suddenly discovered a totally new face at LoL. With half a face and a cheek horn, we can somehow confirm the information above.