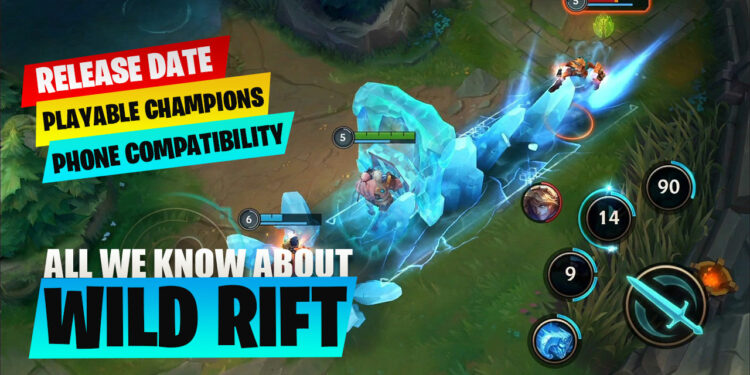 Wild Rift is Riot‘s attempt to enter the MOBA mobile games market, which is currently dominated by titles such as Arena of Valor, Honor of Kings, and Mobile Legends. Here is all the information you need to know to anticipate what to come for the mobile variant of League of Legends.

We will update the post when more information about Wild Rift is either released or leaked. Latest update : 16/09/2020

Which champions will be included in Wild Rift’s character roster?

So far, it has been officially announced (or leaked) that these following 55 champions will be included into the playable character availability section:

Riot hasn’t been able to import the whole League of Legends rosters into the mobile game owning to technical difficulties that they will encounter when transported to mobile applications, which are usually not as sophisticated as the computing of a regular PC. Syndra and Azir are two glaring examples of this, they are too buggy to function on mobile platforms, and will require more work before they can see some action in Wild Rift.

So far, this is the specifications and minimum requirements for the LoL mobile variant for both iOS and Android, released by Riot Games:

We expect the game will be really accessible, even for users with fairly outdated devices. But we still strongly recommend newer devices, as the game might not run smoothly on minimum system specs.

When does League of Legends: Wild Rift release?

With rumors that League of Legends Wild Rift will begin an open beta in October, Resetting data at certain servers also implicitly confirms that movement from Riot Games.

Moreover, Korea League of Legends: Wild Rift also have a very close update to the Taiwan’s fanpage announcement. Is this Riot’s strategies bringing the game Globally?

We will update the true release date once the information is available.

How will Wild Rift differ from League of Legends?

League players should expect a few differences when they switch from the PC version to the mobile one. The most obvious deviation is the interface and control, specially designed to fit with the intrinsic nature of a smartphone. Runes, masteries, even champion abilities will be reworked to fit the nature of the faster game pace (15-20 minutes)

Wild Rift also introduces a fresh breath thematically instead of just bringing League into the mobile version, such as redesigning champion models, animations, game systems, and more,….According to them, they “basically rebuilt the game from the scratch” in order to make it feels like a different game without straying too far away from the core identity of League of Legends.

Most notable change is the inclusion of a brand new division, Emerald, sitting between

In addition, Riot stated that the game will not cross-platform with the original League of Legends, but will try to integrate events between the two platforms while exploring the possibility of cross-platform in the future.

The game will feature some forms of purchasable Battle Pass, which will reward players with loots, exclusive skins, and other content, much like League’s event tickets. Besides, more exclusive emotes for Wild Rift which is not found in the PC League will debut in this platform. It is unknown whether these emotes will be available in the original game in the foreseeable future.

It is rumored that there will be a feature called Intimacy, which will gauge the relationship between players who befriend each other, based on how many games played together, skin bought for each other, and more.

There will be a reputation system, like the honor system of League, the more games you played with good behaviors, the more honors you receive in the post-game screen, and the more game you win, you will get exclusive loot for being an overall good behaving, positive player.

Most game modes from the PC version will also be available in Wild Rift, ARAM, 5v5, custom matches, AI games, and the possible return of 3 v 3.

Where to register an account to play Wild Rift?

You can try to pre-register an account here to have an early access when the open beta is available.

League of Legends: Wild Rift will be getting its first regional closed beta starting Sept. 16. In this, select people who pre-registered for the game from the Philippines, Indonesia, Singapore, Malaysia, and Thailand can play Wild Rift. 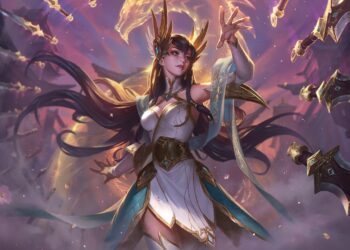