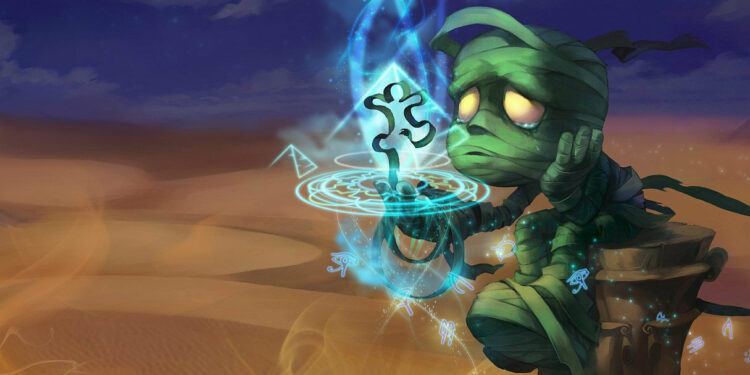 The Sad Mummy – Amumu is currently having the highest pick rate and win rate as Support – according to statistics from op.gg.

Riot Games gave Amumu a minor rework in League Patch 11.17 to help him perform better as a Jungler. Riot’s adjustments, on the other hand, unintentionally created a “monster” in the Support role of League of Legends. According to the statistics site Op.gg, Support Amumu presently has a win rate of 53.54 percent, which is the highest in this position, and an exceptionally high pick rate of 14.07 percent.

So, what makes Amumu Support so effective? The mechanics of his Q – Bandage Toss have been changed by Riot, which is the main cause. In particular, as of since Patch 11.17, the Q – Bandage Toss skill now has a maximum of 2 stores and a 3 second cooldown between uses.

Despite the fact that the basic damage of this skill has been reduced, the change has allowed Amumu to damage and control opponents for far too long from level 1. With two accurate casts and only one point on Q – Bandage Toss, you will deal 140 magic damage and 2 seconds of stun right from level 1. This is a massive amount of damage and control time right from level 1 and allows your bot lane duo to stack damage and easily take down enemy champions in the early game, which is especially true for ADCs with active playstyle like Kalista and Lucian.

When The Sad Mummy reaches level 6, his Ultimate – Curse of the Sad Mummy will provide the squad with more powerful combat opening tools. Furthermore, when playing in the Support position, this skill can be used to protect the ADC and the team’s core players. His 1.5-second stun area blocking in situations that enemies try to rush into your teammates can completely alter the fight’s outcome.

When it comes to building Support Amumu, the Aftershock rune is still the best option. In addition, when taking Minion Dematerializer and Cosmic Insight points in the inspiration sub-branch, you should learn from T1 player Keria. Minion Dematerializer will allow you to assist ADC in pushing the lane in a more effective manner. Support Amumu’s essential equipment includes the Ionian Boots of Lucidity, The Iron Solari, and the Abyssal Mask.

In short, thanks to Riot’s adjustment, The Sad Mummy now gained crowd control and the ability to deal massive damage from the start. So, when playing as Support and paired with a high-damage source like ADC, Amumu will give your bot lane a significant advantage in 2v2 teamfights. If you’re looking to quickly advance in the Support position, Amumu is an excellent option right now.