Analysing Yone: A mighty hero of the season 10 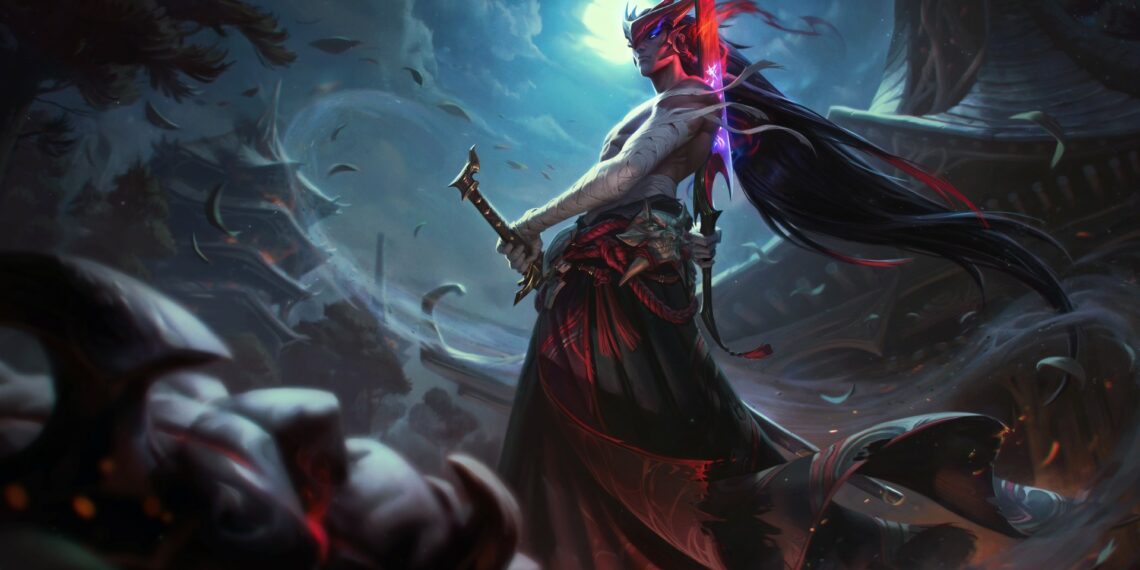 Last night on July 24th, Riot officially posted the skill kit of Yone. As Yasuo’s brother returning from the dead, Yone promises to be a formidable new force in the Arena of Justice in the upcoming versions:

According to the plot, Yone was the one who pursued Yasuo after the death of the great Souma. Ironically, Yone was defeated by his younger brother in this match. After being defeated by Yasuo in a deadly battle, Yone’s soul was taken to the spirit world. However, instead of being peaceful like other spirits, Yone is noticed by azakana, the demon that eats negative emotions. After meeting Yone in the spirit world, azakana took the initiative to attack with the intention to devour his soul. But eventually Yone defeated it. When he woke up in the human world, Yone’s appearance changed with a mask attached to his face – the mask of the image of azakana that he had just defeated.

When fighting normally, Yone will use two swords in turn and always start with a normal sword. An attack from a demon sword will deal additional magic damage.
Yone’s critical chance will be doubled but critical damage will be reduced.
It can be seen that Yone’s inner self is quite similar to Sett and his younger brother Yasuo.

With the first mechanism, the silver blade will deal physical damage while the red blade will deal magic damage, allowing Yone to easily pierce hard-resistant champions.

The second mechanism will make it easier for Yone to get the same amount of early damage similar to Yasuo. With two items of critical equipment, Yone will own 100% critical strike rate and the current damage of the Return of the Dead will be a potential threat to the enemy forces.

However, with the critical damage reduced, we can hope that Yone will not be too imbalanced like other new generals when released.

Tactics and useful tips when taking Yone into the battle:

With a versatile set of skills with multiple access tools as well as a perfect teamfight for a killer form, Yone will definitely match the mid lane. In addition, we can take Yone to the top depending on the team’s tactics.

In the laning phase, Yone will not face too much difficulty when Q and W will help him easily eat soldiers. Once you have a Soul, be confident to use this skill and rush to exchange skills with the enemy when the opponent will lose blood and you will not.

However, Yone’s E skill has a weakness that the opponent can attack the body instead of Yone’s soul causing him to lose blood. And when Yone returns, the opponent can ambush and defeat Yone quickly. Therefore, using E smartly, putting your body in a safe position will make Yone comfortable to roam on the battlefield without being defeated.

When she has the ultimate Destiny, Yone will become an extremely bloody assassin with the ability to tap into the powerful enemy team.

Starting with E, Yone will confidently charge and choose the prey he aims. Yone’s ultimate will be very strong in small areas, so the nooks and crannies in the forest will become the death zone for the enemy if they fight Yone in this area. The tremendous amount of damage from R combined with the Q skill will make sure someone stays there once they are in.

When entering the enemy formation, launch W to hit as many people as possible to maximize damage as well as giving yourself a solid armor to become stronger. And after finishing the prey, activate E again to return to a safe position.

At this point, you can Ctrl 6 to fluently show off or release expressions to tease opponents as well as a reward screen after a perfect sequence of combos that you have done.

As for equipment, with the intrinsic similarity with his younger brother Yasuo, Yone will go up to the critical equipment that helps him easily maximize damage. Dance of Death will be an item that Yone should not ignore in the current version.

The resists, lifesteal, cooldown and extreme damage sharing mechanism make this item very suitable for a general who likes to head on enemies like Yone.

Shoes depend on the case that we will be on Ninja, Mercury or Wrath shoes accordingly.

Angel Armor to help you in a fight in the fight, Black Ax if you like to dry blood with the enemy, Ice Hammer to have both damage and a little blood or Martyrs Armor to increase the resistance when needed.