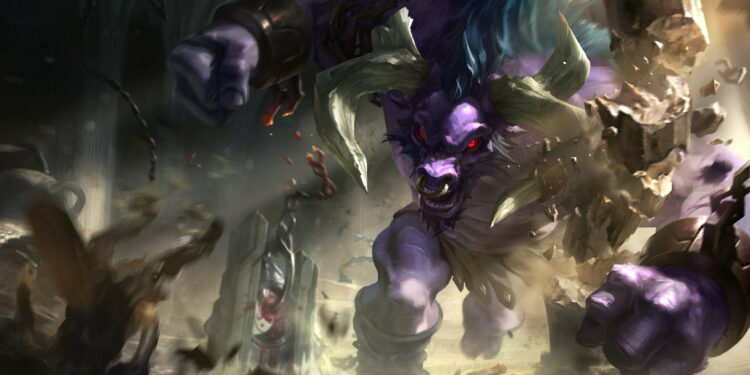 Get ready for a really bad time trying to carry your team against Anathema’s Chain.

Players will be able to get a few of new items in League of Legends Patch 11.13, which will be available on Summoner’s Rift. Anathema’s Chains, a new tank item that lets whoever uses it to choose an opponent champion as their “nemesis is the main subject in many discussions this week. Over the course of 60 seconds, you will develop a “vendetta” against your foe, allowing you to absorb up to 30% less damage from them.

However, many members of the community are concerned about the item’s second effect. Your nemesis will have 20% less tenacity when near you if you have Anathema’s Chains in your inventory at max stacks. Joe “HonestPillows” White of Riot Games has also verified that the new item may lower a nemesis’ tenacity past zero percent, indicating that crowd control effects can last much longer.

Players may utilize the item’s active ability to surprising effect in this video by renowned League content creator Vandiril. If a tank with Anathema’s Chains has a fully-stacked vendetta against a champion, for example, then hits that nemesis with a long-range Ashe ultimate, the stun will extend to 4.2 seconds instead of the maximum stun duration of 3.5 seconds.

Morgana is another fascinating example because her Dark Binding ability normally roots an enemy target for three seconds. An enemy with a vendetta, on the other hand, would be tied for 3.6 seconds by the Anathema’s Chains effect. Players also explored the potential of her permanently rooting an opponent using a combination of the vendetta effect and a collection of different items that boost her ability haste.

In contrast, a more realistic support build might include items such as Liandry’s or Shurelya’s Battlesong, Zeke’s Convergence, Cosmic Drive, Anathema’s Chains, Wardstone, and the support item of your choice. In the end, there will be a tiny window in which a nemesis may escape the next bind, but it will still be a very short period of time between the root duration and Q’s cooldown.

Finally, if someone on the other team picks up Anathema’s Chains, the life of a carry or split pusher will be much tougher since if they’re stuck with any type of CC, the next thing they’ll probably see is a gray screen and their own fountain.