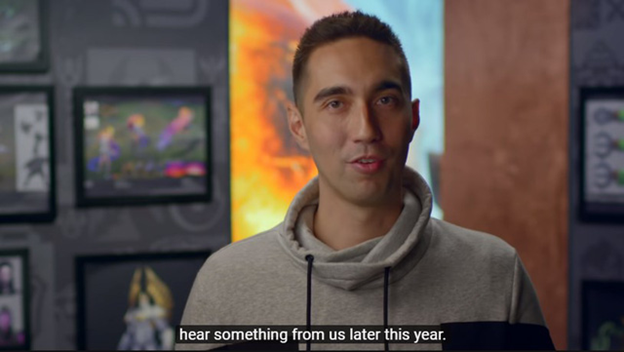 The Announcer Packs League of Legends has been touted lightly by Riot Games in the latest Skins & Events in Season 2020 | Dev Video.

Announcer Packs is a special item that changes the basic notification sound of the game. DOTA 2 is probably the most successful game with a series of special sound packs from in-game heroes, other titles up to that is Valve’s boss Gabe Newell.

League of Legends does not lack this when there are many famous, diverse champions, but until the Development Diary video, Riot Games has revealed their Announcer Packs.

Riot Bellesimoh: “Before we finish, we would like to announce that Riot is developing new content. At the moment, we are unable to show you anything, instead, you will LISTEN to the time. time later. We can’t wait to NOTICE them all. “

The two key keywords highlighted by Riot Games are “hearing” and “announcing” that made LoL fans immediately think of Announcer Packs, which inform and only affect listening of the game.

Since the Riot Games video, Riot Games has always placed keywords in the notification section, so this is probably an implicit announcement by Riot Games about this special product.

Interestingly, some time ago, Riot Ken Adams – the production manager of League of Legends, also tacitly admitted that Voice Packs or Announcer Packs were interesting projects and could be produced.

The commentators like Preak, Kobe…of the West are also extremely excited with this and ready to become the announcement voice in the first products.

Riot Games even brought this type of content to League with the notification voices of Star Guardian Ahri or Kayn with the voices of Kayn and Raahst separately.

So this content is not difficult to play in League of Legends, but having to record a large number of lines, not only champions but also commentators and other characters around the world will take a lot of time, so they will likely have to wait quite a long time to experience it.

Although it is not known which players, the famous streamer will contribute in Announcer Packs League of Legends, with the success and cooperation of LCS commentators David “Phreak” Turley and Sam “Kobe” Hartman- Kenzler before, it was hopeful to wait for a fresh cover to replace the female voice announcing it had become stale for the past decade. 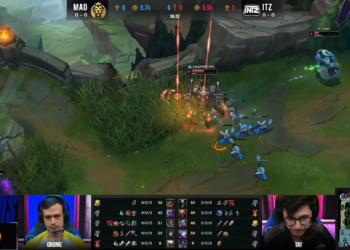