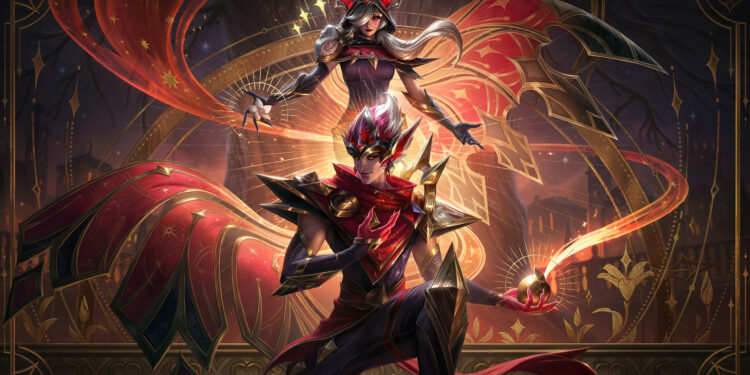 The unique duo recalls are one of the game’s features that only Xayah and Rakan have. But for the upcoming Arcana skins, the 2 champions won’t be receiving the recall feature

Arcana Ahri, Xayah, Rakan, Ryze, and Hecarim will be available in patch 12.7. The recall animation is undoubtedly the coolest feature of the Arcana skin line. The champions strike a stance during their recalls, and a massive tarot card emerges around them. Yet, Riot verified on the PBE feedback thread that no new animations for joint recall were developed. This shows that they chose against including joint recalls early in the development process. And now, with the release date so close, they don’t have enough time to create a fresh recall animation.

Although not including the recall animation doesn’t affect the game, fans were outraged by Riot’s decision. The Reddit threads received criticism from fans who opposed Riot’s choice.

Another thread posted on the official League of Legends subreddit questioning Riot’s decision also receives a huge wave of nearly 14k upvotes in only a day. Fans believe that this is something similar to the case of Firelight Ekko not having any new SFX (even though it is a 1350RP skin).

Of course, Riot responded to players’ feedback and ended up delaying the skin. This also makes fans think that Riot isn’t putting any effort into some skins nowadays, or they just testing out if they can get away with making less work or not.

The skins are currently being tested on the PBE and will be available when patch 12.7 is released. Fans will undoubtedly hope that Riot tries to fix the mistake and develops a great duo recall animation for the 2 lovers.