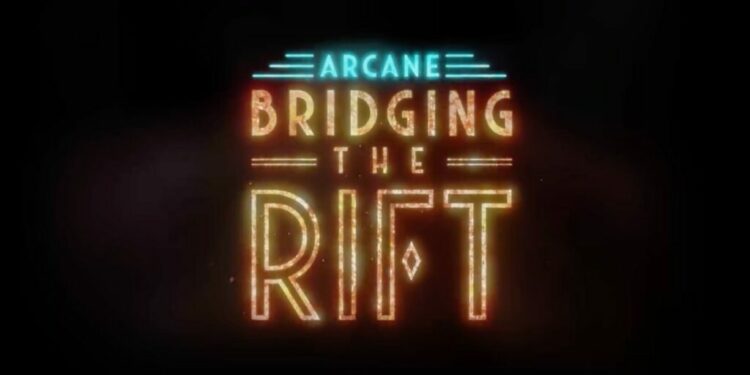 Let’s find out what Arcane Bridging the Rift is about!

League of Legends fans all over the world have been greatly impacted by the first season of Riot Games and Netflix’s animated series Arcane.

Arcane digs into the lore and history of Vi and Jinx, including their experiences surviving in the City of Iron and Glass and how they came to possess their special abilities. Hideo Kojima, the director, and designer of Japanese video games has praised the show repeatedly since it debuted in the latter part of last year.

Arcane completed a clean sweep of all of its nominations earlier this year by winning a total of nine Annie Awards.

The origins of the animation series are the subject of a five-part documentary series from Riot Games called “Arcane Bridging the Rift.”

The docuseries about Riot Games will debut on August 4 and add new episodes every Thursday.

The documentary will feature behind-the-scenes footage, interviews with the founders Alex “Skribbles” Yee and Christian “Praeco” Linke, and the methods used by the production team.

The teaser showed Praeco discussing Fortiche Productions, the animation company responsible for the Get Jinxed!, Warriors, and of course, Arcane music videos.