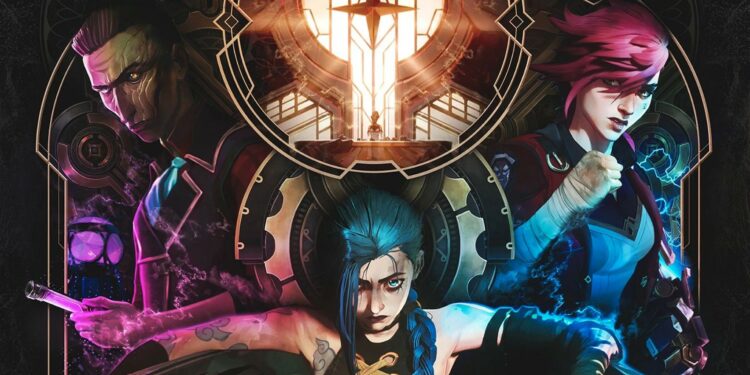 Arcane, a Netflix original series, has won Best Animated Program at the Emmys

At Saturday evening’s Creative Arts Emmys ceremony, League of Legends’ first-ever TV series “Arcane” won the Emmy for Best Animated Program. This is the first time a streaming show has won the prize.

In the highly competitive category, it defeated Bob’s Burgers, Rick and Morty, The Simpsons, and Chadwick Boseman’s What If…?

“When These Walls Come Tumbling Down” was their winning episode. In that episode, Vi attempts to reunite with Jinx. When they eventually meet again, Jinx becomes unpleasant with the presence of Caitlyn, whom Vi brought with her. The Firelights then corner them and grab Vi and Caitlyn.

The League of Legends video game series debuted in November and was soon renewed for a second season.

The series stars Hailee Steinfeld, Ella Purnell, and Katie Leung are set in the utopian section of League of Legends worlds Piltover and the persecuted underground of Zaun.

Fortiche Productions’ animated series explores the beginnings of famous League champions Jinx and Vi as they strive to unite. Rising the Arcane realm is an evil power that causes bloodshed and turmoil and threatens to separate the sisters.

Arcane, the award-winning series inspired by League of Legends, had a phenomenal first season, prompting Netflix and Riot Games to schedule a second season. For the time being, no release date has been announced, but fans will be informed as soon as Riot does.