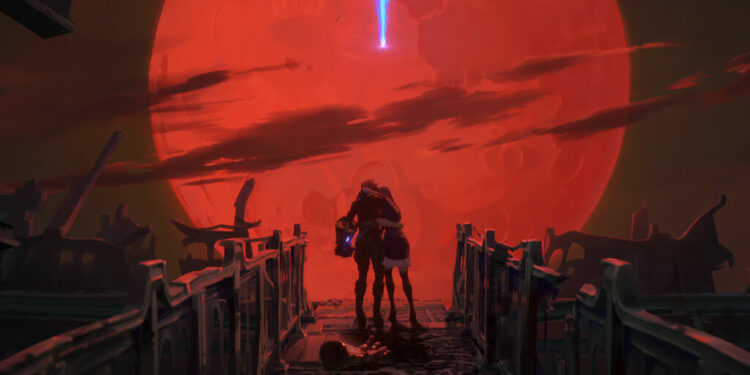 As the annual Annie Awards coming, Riot Games, along with Fortiche Productions has won recognition for their excellent work in the first season portraying characters from League of Legends of Piltover and the underground city, Zaun.

Nine nominations are received as a result of the Annie Awards announcement.

Arcane received nominations at the 49th Annie Awards in a multitude of categories among the best the industry has to offer this year. The main nomination is for Best TV/Media – General Audience, which would make Arcane the best overall animated series of 2021. It joins the ranks of previous hits including Bob’s Burgers, Love, Death, and Robots, Star Wars: Vision, and Tuca & Bertie.

Mel Medarda character design has been nominated for an Annie Award

Episode two has been nominated for Best Character Design, and the artist who was nominated believes it’s probably likely because of Mel Medarda. Mel’s design outranked even the champions she appeared on screen alongside in an adaption of a game that emphasizes unique forms and style above all others.

Fortiche Productions have spent years of planning and love on the series, and that exceptional work has been honored with this achievement.

Many fans had also hoped to see Mel Medarda make the leap to League of Legends, despite the fact that she lacks an apparent power. There have been suggestions that she may have magical abilities or armor and may join LoL in the future. But, for the time being, they are unverified.