League of Legends: Astronaut skins and a new Prestige for Zed 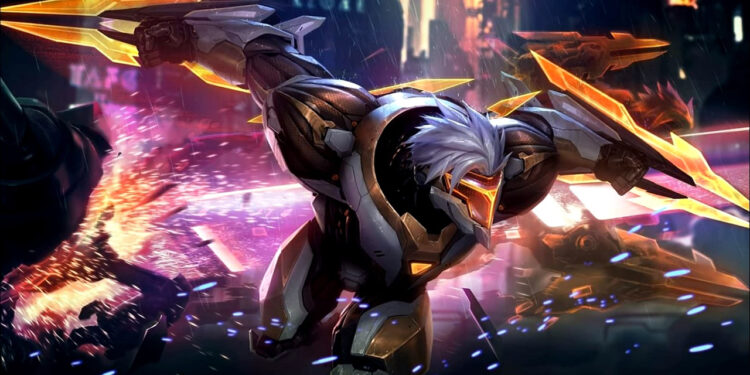 The astronauts have come to light, and Zed finally has his first Prestige skin, which is completely deserved for his popularity.

Recently, Riot has officially continued to “steal” your money with the four astronauts skins for Maokai, Veigar, Corki, and Rammus. They are extremely high-rated for their visual quality as well as creativity. However, they really cannot have much attention as our spotlight is obviously Zed’s new skin – PROJECT: Zed Prestige Edition.

Let’s see what we have in the new Astronaut skin series:

Astronaut Maokai was inspired by an investigation on life in space, which is regularly seen in movies whose topic is the existence out of the Earth. This skin has a relatively fascinating appearance with cute saplings.

As you know, Corki is a pilot, so an Astronaut skin for him is definitely inevitable. We can easily figure out that Astronaut Corki was inspired by the space shuttle, and its recall also illustrates the progress of launching a space shuttle into space – a great success of human beings in the 20th century.

The duo of Veigar and Rammus will have a joint splash art in this new skin series. About Veigar, not only are his overalls changed, but his skill effects are also completely upgraded. Instead of a dark magic blast, Astronaut Veigar will throw an alien with his UFO to his target. On the other hand, Astronaut Rammus seems to be not so wonderful as his suit is quite irrelevant to his appearance. Nevertheless, his skill effects are really a money shot of Riot Games.

Riot finally kept their promise when Prestige skins are no longer “golden chromatics”. They are completely upgraded in their appearance, animations, skill effects,… to be worthy of their price. This new Prestige skin is obviously one of them, when it is changed “from tip to toes”, from its armor, mask, weapons to skill effects, which make it a 2021 PROJECT skin.