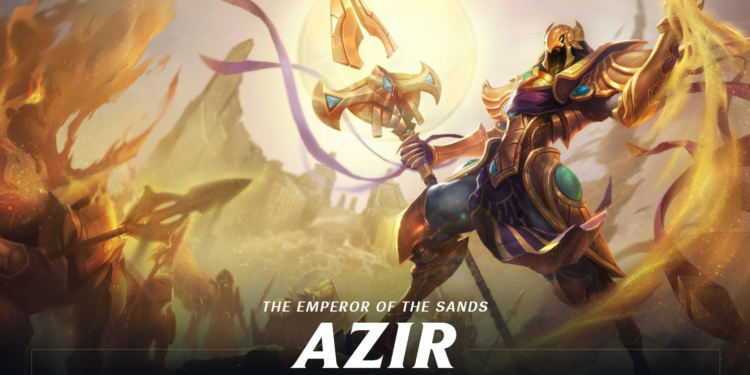 A passive nerf from Riot has nerfed Azir badly in patch 11.1

For a long time, Azir has been a pro-player Champion, because of his highly demand for good skills from player. He is not suitable for climbing lower rank with a quite low win rate in solo/duo. However, when this rate drop to under 40%, there is definitely something wrong with him.

Theoretically, in patch 11.1, Azir is only rounded his starting armor from 19.04 to 19. However, players found out that Azir received a hidden nerf from Riot. In particularly, Azir is not able to stack Tear of Goddess from basic attack of Sand Soldiers. The main point here is that these basic attacks can still trigger Arcane Comet, Manaflow Band, and Lethal Tempo .

We all know that it is essential for Azir for complete Nashor’s Tooth in order to deal damage effectively. But, he also need a large pool of mana so that he can cast skill freely. Consequencely, player buy Tear of Goddess as a cheap solution which helps him farm for Nashor’s Tooth fast and safely.

Moreover, with the recent nerf aiming at Rabadon’s Deathcap in Pre-Season 2021, Seraph’s Embrace provides the highest AP stat this patch. So that, buying Tear of Goddess for Azir is a brilliant idea, it solves the mana problem while, at the same time, provide enough AP for Azir in late game.

However, not gaining stack from Basic Attacks of Sand Soldiers causes a big problem, which leads to the elimination of this build. Mana cost of Azir is insanely high, this hidden nerf will makes it harder for Azir to stay on lane. As a result, Azir was weak now becomes weaker and his win rate drop dramatically in most solo/duo rank match.