Being kidnapped, a Japanese school-girl saved herself by brilliantly calling the police with a console 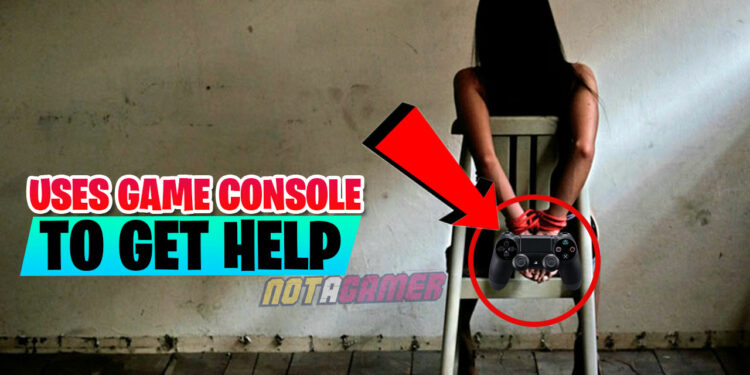 The video game consoles have made a glorious achievement by consecutively being a tool to rescue the victims of kidnappers and perverts. This time, a Japanese school-girl used a console to seek help from the police.

On August 5, Japanese police rescued a high school girl from a kidnapper after more than a month of imprisonment. The way this female student reached them was also very special when she used a console to contact the city police.

On July 4, the girl’s family arrived at the police station to inform the police about their daughter’s absence. It is known that the girl lives in Saitama – the north area of Tokyo. According to Mainichi Shimbun, she went to the Shinjuku neighborhood of the Japanese capital to meet her “online friend” Goto Hiroyasu – a 44-year-old businessman.

After having met each other, the two decide to go to Goto’s apartment in Yokohama, located in the south of Tokyo. At the place, the man confiscated the school-girl’s phone and then detained the her. She had been detained there for about a month before figuring out a way to ask for the outside help.

On the evening of August 5, she accidentally found a console with an Internet connection. Immediately after that, the female student used the information she knew, along with some internet communication skills to connect to the online emergency help department of the Saitama Police Station. She then informed them “I am being held captive and there is no way to escape “.

After receiving the message, the police immediately went to Goto’s apartment and found the girl tied to a metal pipe with metal wires. The man admitted having kidnapped the girl, he told police, “I did hold her as a captive”.

In an interview with the FNN, Goto’s neighbors described him as “very scary”. Others said that Goto was calm and quiet and they had never seen him hanging out with friends. Someone admitted that they heard nothing from Goto’s apartment during the abduction.

According to the Asahi Shimbun, the authorities are still investigating how Goto and the girl met each other.

The number of criminals in Japan who target the underage on social media has skyrocketed over the past few years. According to Resemom – a educational website for children, the police’s reports showed that the similar cases have increased by 26.8% in five years from 2014 to 2019.