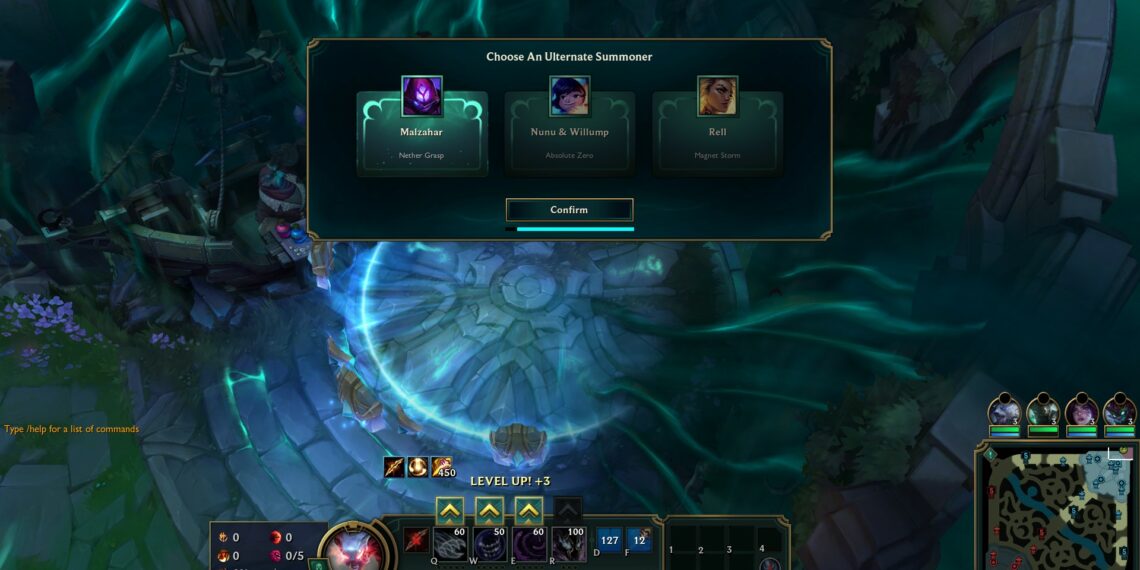 Ultimate Spellbook, League of Legends’ newest game option, allows players to forfeit one of their summoner spell slots and replace it with one of three champion ultimates chosen at random from a pool. It’s the game’s first new mode since Nexus Blitz, and it’ll be available during the Sentinels of Light event.

Here is the pool of abilities that players can choose:

Some champions will undoubtedly perform better when given a new resource to handle over the standard two summoner spells, with a myriad of ultimate powers at their disposal. And, because the scaling ratios on ultimates have changed in this mode, keeping an eye out for abilities with high damage potential could help you make showy plays that you wouldn’t be able to make in other League game modes.

Even though Ultimate Spellbook is a lower-stakes, more informal game, there are a few high-performing champions to use if you want to improve your chances of winning.

Jhin is a fantastic Marksman champion to attempt in this game mode, despite his lack of mobility, thanks to his long-range skills such as Deadly Flourish and Curtain Call. You can either use the extra global ultimates to accomplish the takedown of a weaker foe or lead with your gained ultimate to set up your W and subsequently R.

There are various ultimates that sidestep Darius’ perceived weakness as the only immobile melee champion on the list. Mordekaiser and Jarvan create venues that make it impossible for opponents to escape, while Olaf protects you from being slowed and crowd-controlled. Rengar and Nocturne can help you get within the melee range and extend your engage range.

Ekko is an AP-Assassin who can provide massive burst damage while remaining safe because of his ult. Because he’s so mobile, you can either choose for damage-based ultimates like Gwen or more crowd control skills like Lee Sin for your team.

Ekko, like Yone, has a lot of highlight potential if he can land a Skarner ultimate. You can Impale an opponent and then Chronobreak back five seconds in the past, dragging the opponent back a long distance.

Zac, being the only tank on this group, may provide your team with a hard-engaged identity thanks to his Elastic Slingshot range. While Zac’s Let’s Bounce and Stretching Strikes can be used to create long crowd control chains, Ultimate Spellbook allows him to make more showy moves.

Once you get in range with your E, Azir and Gragas are the most obvious combos because they can shift a large range of enemies either towards or away from your team.