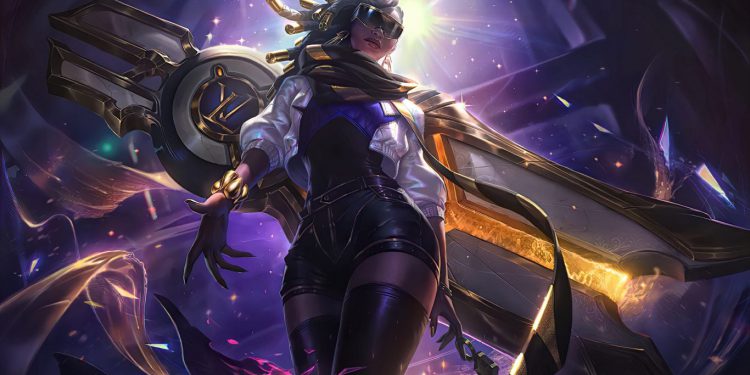 Welcome to the League of Legends Patch 10.3 Tier List for Climbing Solo Queue!

For those of you who are too busy to read the whole patch note or already in ban/pick-ing in champion select, here is a list of the strongest champions for every role in Patch 10.3.

For everybody else, we have prepared much more:

This list was curated in collaboration with Mobalytic’s analysts and Challenger Players.

For a more in-depth explanation for our methodology, head to the bottom of the article.

To improve the accuracy, usefulness, and understanding of our Tier List, we’ve decided to split it into two lists – one for the wide majority of the player base, and another intended for high elo. The goal of our list is to give the best recommendations for what we think will help you best climb in solo queue. Often times, a champ could be very strong in a high-skilled players hands but we didn’t feel right endorsing the champ for a lower-skill player to pick up. Having two lists will allow us to make better and more relevant judgments across the spectrum.

We’ll also be changing our difficulty rating system from Learning Curve to “Skill Floor”. We realized that some were associating Learning Curve with including the full potential (Skill Ceiling) of a champion. We want to avoid that for the general list and want the definition to lean more towards how long it would take to start seeing a champion’s power level on our list in terms of the number of games invested.

Let’s say you’re debating between learning and climbing with Jax (A-tier | Simple) or Rengar (A-tier | Severe) – you’re going to want to go with Jax. Why? This is because Jax has a lower skill floor and would require less games to play at an A-Tier level in solo queue. If you tried to pick up Rengar, you wouldn’t get the full value of A-tier until after about 15 matches of practice whereas with Jax, you would get that full 15 everytime you play him.

Another example would be between Nidalee (S-tier | Intense) vs Xin Zhao (B-Tier | Simple). Let’s say you’re about to play your last match before promos and you get auto-filled to Jungle (a role you’re not too familiar with). Even though he’s lower on the list, you’d be better off choosing Xin because you don’t have the required number of games to break the skill floor of Nidalee.

Higher skill floor champions will scale better with time investment – Severe champs will outperform Simple champs in the long run because Simple champs generally have their weaknesses exposed the higher you climb.

Disclaimer #1: If a champion isn’t on our Tier List, it doesn’t necessarily mean that you can’t climb with them. You’ll just have to put in more effort to get similar results as our Optimal, Great, and Good choices for climbing.

Disclaimer #2: This list is meant to evaluate the champions that we believe are best for climbing Solo Queue. Although there can certainly be some overlap, we are NOT looking to name the champions that are the best in pro-play or organized, competitive 5 on 5. This is why champs that require a ton of team coordination such as Ryze, may not be included or ranked highly.

As always, we welcome all discussion and feedback. If you have any questions about picks that we didn’t expand on or would like to let us know how you feel about Patch 10.3 ,just leave it in the comment section below! Goodluck and have fun climbing Summoners!