Best New Builds for Every Role – League of Legends Patch 10.12 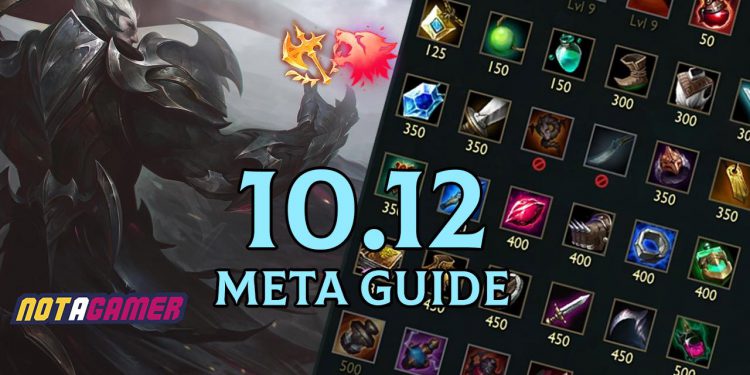 All the changes are evolved around the meta changes in Patch 10.12 which can be read here (P1) and here (P2).

You will see Ghost more often than before. The buffs that are currently applied to Ghost are actually massive as the ramp up time has been removed. Champions with high kill pressure such as Darius, Renekton, Hecarim, Kayn and Tryndamere will abuse Ghost without a doubt. These mentioned champions have extremely high outburst damage skillsets, the only thing they don’t have is mobility. By running Ghost, having the ability to chase down enemies is a game-breaker. There will be massive changes in the top lane for champions who don’t run Teleport.

The rune has a much shorter cooldown now. All the Juggernauts who can’t get their hands on their enemies will start using this rune much more now. Top laner players who love roaming will also find this rune useful.

Unflinching is nasty right now. It provides free tenacity meaning that a bunch of champions won’t even have to think twice about buying either buying Ninja Tabi or Mercury Treads anymore. Also, champions want to run the Resolve Tree will be able to be granted Tenacity without having to use the secondary Precision tree anymore.

Thanks to Ghost and Approach Velocity buffs, Olaf’s kill pressure will be increase immensely. He will be a nightmare for any top laners to deal with.

If you bring doom to your enemy top laners, Ranged Top Laners are actually not a bad choice. They are relatively safe in the lane and can easily out trade their opponents but be beware, it’s a double-edged sword since Zeal buff also benefits champions such as Yasuo and Tryndamere who can outplay and snowball ranged top laners if not treated carefully.

Yes, we know we mentioned him as a strong top laner but we can’t miss him out when talking about Jungle. Predator Olaf with Ghost and Approach Velocity used to be a popular a while back and we might see it coming back this patch.

Phantom Dancer is an underrated item on him. It provides shields, a ridiculous amount of movement speed for Graves to deal a ton of damage. After bursting enemies with his full combo, Graves can run around, avoid skillshots and kite them down.

Picks like Gragas and Fiddlesticks will be able to find more successful ganks.

Champions who don’t really need a specific keystone such as Galio, Zoe, Orianna, and TF are all great candidates for this rune. For example, Cleanse is a great spell but not always necessary, by being able to change Summoner Spells, these champions will be able to impact the map much better, providing extra potentials.

After the buffs, Guardian is a reliable pick for bot laners who want to play safely. Now it required time to learn but it is much more useful compare to the previous Guardian.

Xayah received a direct buff while Rakan benefit from Unflinching and Guardian, these 2 love birds are predicted to dominate Summoner Rifts.

One of Yuumi’s greatest strengths is how difficult it is for opponents to actually lock her down. As a final survivor, she will able to effectively use all of her abilities for quite a long time.