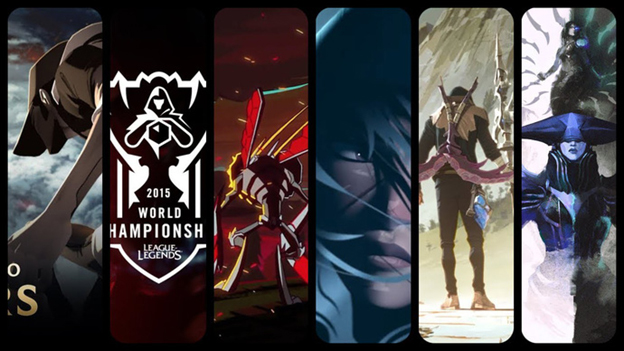 The songs of WC were created to inspire gamers, also to honor, to tell about the story of the most excellent players in history LoL.

To almost the loyal fans of this game, anyone who listens to the WC songs all feels “goose bumps” cause the songs’ vibe were so magnanimous.

Here is a ranking of the World’s Championship songs that the audience or fans of League of Legends love most:

The song with the melody of great battles in history, the eloquent of the music and the amazing vocals of Nicki Taylor was the most powerful highlight of the song. Besides, it was also the subject for the Riot Games to compose the songs as “Bring Home the Glory” (MSI 2019) and Awaken (the opening song of Season 9).

The song was thoroughly invested and was extremely impressive with the images as well as the story of Faker, Caps, Rookie that told in the MV. Besides, the song also carries a lot of deep meaning, perhaps bringing the greatest meaning of all the songs to the WC when it told the story that the three players on revival from their failures in the past.

Despite being highly appreciated, the song was not very successful when it had some issue with Youtube release.

The song with a slow melody was linked slowly to the climax, the story of the practice of  Ashe, Garen and Lessin. The story was told and the lyrics were as fiery to the players who were all day with the desire to rise to a new level.

With its impressive vocals and excellent video quality, the song deserves to get its own success with high views on Youtube.

It was not too surprising by the success of the song for WC 2016 in the presence of Zedd – a renowned artist of EDM music. And this is also the only song of LoL which was the EDM music, an incredibly musical line that was extremely suitable and popular with gamers.

This is exactly the theme song of the WC LoL. “Warriors” contributed very much to the success of the tournament LoL at that time and until the success now.

In addition to the incredibly powerful and vivid sound due to the emergence of the leading Rock band “Imagine Dragons”, along with the thorough investment in image quality at that moment has helped to set the foundation for all success and fame on the MV of the latter LoL. In addition, this MV also occupies the highest Youtube views of the total of 6 songs.

It deserves the best track of all League of Legends World Championship. Music Video was an incredibly epic investment and told about the challenges that Ambition encountered on the path to become the champion as battles with Yasuo of Perkz, Vayne of Uzi and Ryze of Faker.

Aside from the careful investment in the images and the story of Ambition, the song was also successful because of its eloquent music and especially the extremely powerful vocal qualities of the singers.