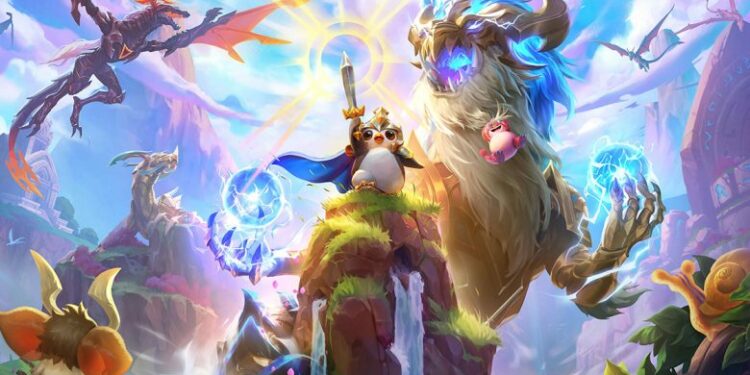 On July 27, Patch 12.14 is slated for release, and its goal is to make TFT Set Seven‘s legendary dragons more playable. Only one more patch is expected to release before the Mid-Set Finale, which is planned to take place from August 19 to 21. This makes the update crucial for players in North America. The TFT balancing team enhanced two-star Ao Shin, Shyvana, and Aurelion Sol in order to promote a change in gameplay tactics; according to Mortdog, the modifications will take effect in Patch 12.4.

The damage stats of Ao Shin, the only legendary dragon, were not changed, but the 10-cost dragon’s torrent of lightning strikes did. Ao Shin was already one of the top legendary dragons in TFT Set Seven, thus increasing the attacks from 14 to 20 is significant.

A big damage upgrade is planned for Shyvana, especially for her Flame Breath. After Patch 12.14, the Ragewing dragon will instead deal a cone of pure magic damage at 1,200/1,800/30,000 instead of a proportion of an enemy’s maximum health. Shyvana’s damage output is more consistent as a result of this adjustment, and she is also now simpler to place against enemy boards.

The Dragonlands set’s outcast, Aurelion Sol, suffered a hotfix at launch and then a rework that still left the dragon on the sidelines. The legendary dragon’s Black Holes will deliver 400/700/5,000 magic damage in Patch 12.14, building on the progress made with Aurelion Sol by the TFT team. This damage will also increase the damage sustained by foes who survive the Black Hole strike.

Prior to the official release of Patch 12.14 on July 27th, each of the TFT legendary Set Seven dragons’ stats and skills are subject to change.