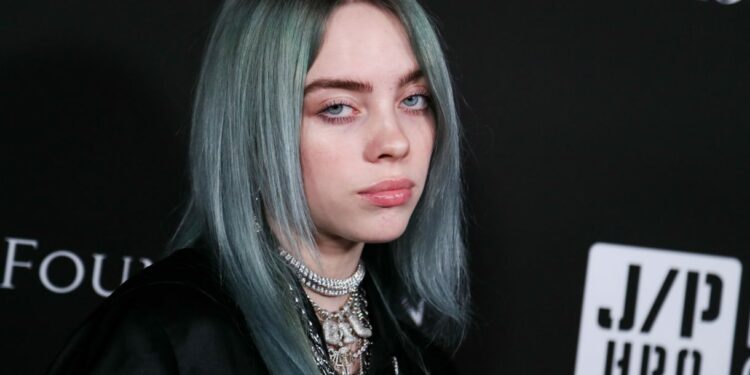 The newest Tweet from Legend of PENTAKILL made fans hype with a possibility that Riot Music and Billie Eilish will collab on a future product of the company.

Recently, the Twitter page Legend of PENTAKILL – One of the media products established by Riot to assist the new League of Legends music project – released an exciting and thrilling post for fans, when uploading a photo of the famous singer Billie Eilish next to the new champion Vex. With the caption “Just gonna leave it here”

The post immediately conjures up a feverish prospect for the music-loving gaming community, as Billie Eilish – the name that has been causing fever in the world music industry for a few times – is expected to join Riot Entertainment as a vocalist, similar to Madison Beer, Jaira Burns and (G)I-DLE who previously voiced in the K/DA’s music products or Becky G voiced Qiyana in True Damage’s GIANTS two years ago.

And it’s quite probable that the character she’ll be representing will be Vex, the newest champion in League of Legends. The fact that the PENTAKILL group’s Twitter tweeted an article on Billie Eilish has led many gamers to believe that the female vocalist Billie Eilish/Vex will collaborate with this rock band.

Going back in time to 2017, with PENTAKILL’s return, Riot produced an MV featuring this band… demolishing Bandle City – the Yordle’s residence. However, in the narrative, Vex is a female Yordle who despises her own race for unknown reasons.

The fact that the band PENTAKILL demolished Bandle City most likely piqued Vex’s attention, and she might offer the PENTAKILL to cooperate on a new music product.

However, the above theory is still debatable, because Vex now has her own Dawnbringer Vex skin, and if a new skin is introduced, this champion would be able to own up to two continuous skins in only a few versions – an unfair scenario for other champions.

As a result, another theory is suggested: Billie Eilish will be a guest in the 2021 Worlds tournament in Europe, and she will simply transform into  Vex to appear on stage. Vex doesn’t need to introduce any new skin to match her “co-stars” because they’re both renowned for their “irritated and a little gloomy” looks.