Gamer community: Blame at each other will improve your skills 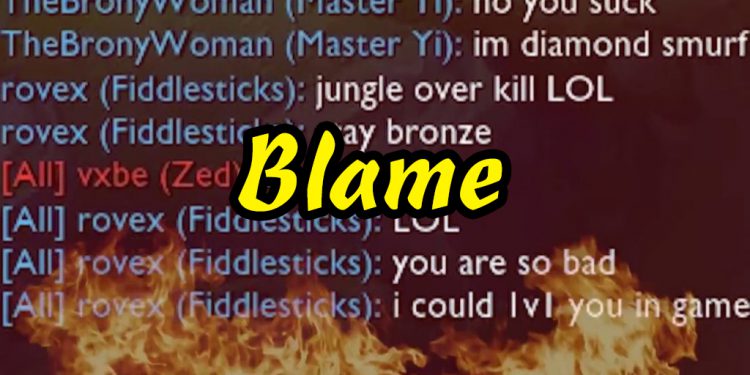 For those who have played the game for a long time, you’ll realize “blame” is one of the familiar words of any kind of game. In meaning, this word “blam.e” means blaming someone or criticizing someone for a serious or minor mistake.

Today, many people in the EU community think that “if not to blam.e for each other, the players will never play better.” The following is a share of the issue:

In any case, blaming someone for doing something bad will not help them immediately play better miraculously. But in fact, criticizing them will not make them play worse.

Everyone is discouraged when Blitzcrank Miss Q, Jungle dies because of monsters, but what you say is positive, it won’t help those players play better.

Instead, do not advise anything because no advice, tips, or advice is useful because they will forget all in the next day.

In 90% of all cases, it only makes the them play worse.

That players of all rating miss skills, being knocked down, Miss creep… is a terrible thing. Especially in ranking, if it is possible to blame immediately, the blamed player will also progress more advanced than before.

In fact, Bjergsen has also shared that after each match despite being lost or won, Team SoloMid (TSM) also criticizes himself immediately after the match, the purpose of which is for the team to understand who made the mistake and how to fix it so they can play better in the following battles.

In contrast, there are also people who rebuttal that this depends on the personality of the players, someone who likes to be gently instructed in the game, someone who has to be “blamed” in order to make progress.

In particular, blam.e to make progress makes the community more “toxic”, so if it’s possible, each player should limit the blame to others.