League of Legends: Bot Ziggs and top-tier junglers will be hammered in patch 11.16 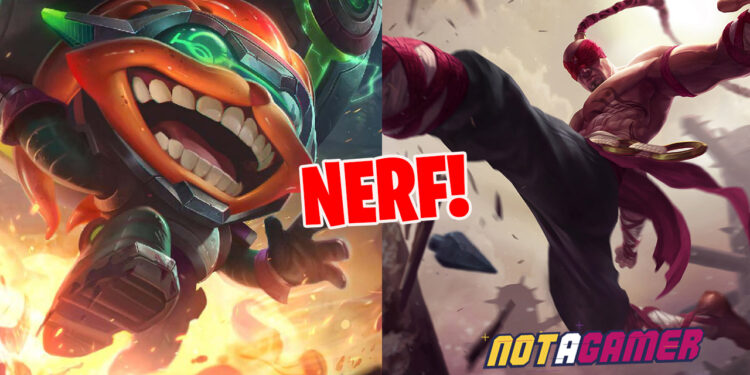 Adjustments from Riot in the upcoming patch 11.16 aims to the champions dominating Summoner’s Rift.

If you still remember, at the outset of season 11, we saw the dominance of Udyr and Hecarim in the jungle due to their tankiness and ability to open fights. However, they later were nerfed and have disappeared from the meta since then. Recently, the jungle has observed its three new lords: Xin Zhao, Lee Sin, and Diana. Those bruisers have both high mobility and a long range of damage.

In addition, Lee Sin seems to be the most serious problem when he can work well in every lane despite previous nerfs. As a result, Riot decided to lessen them a bit to open the door for the other jungle champions.

According to the latest announcement from Riot Jag, the three jungle champions above will receive some nerfs in patch 11.16, specifically on the jungler role for sure. Maybe their AOE skills like Lee Sin’s E or Diana’s Q will decline in their damage to slow down their speed of clearing camps.

Besides, the Bot Ziggs strategy has been appearing regularly in pro leagues and ranked, and its efficiency is extremely considerable. The ability to destroy turrets fast and snowball the match is huge pressure on the ordinary marksmen, so this nerf is completely understandable.

Lulu is also included in the nerf list of patch 11.16 because of her enormous power when cooperating with Xin Zhao. Additionally, apart from Support, she also can be a strong mid laner focusing on protecting ADC at the late game. Furthermore, Fiora and Tahm Kench have been rising lately, so they will be adjusted, too.

On the other hand, there are a lot of champions coming back to the RIft, such as Jarvan IV, Maokai, Nunu, Sivir, and Jhin. Patch 11.16 also brings us a mini-rework of Sona and let’s wait for her performance.