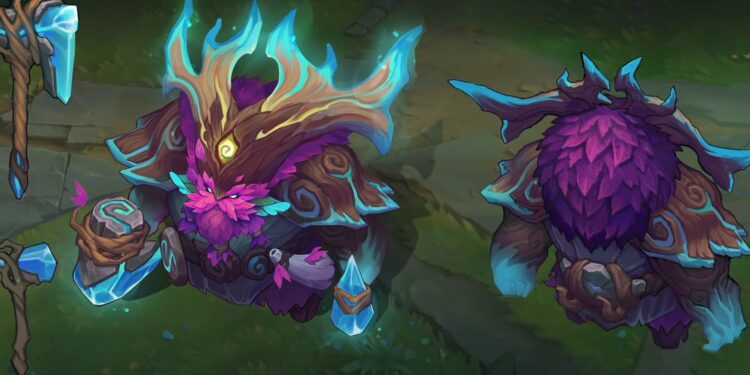 Finally after Ezreal received his 15th skins and Teemo got 12. In the end, Ornn, Skarner, and Nautilus receive some love from Riot.

Skarner has not received any skins for 5 years in total and also it takes roughly 3 to 4 years for Ornn and Nautilus to get one. Despite Nautilus just has the Conqueror Nautilus theme skin, he still needs extra love. When these skins are added to the game, all the Skarner main out there should enjoy his brand new skin after a long period of time.

Throughout the season, they had given out skins fo underserved champions and now it only has 3 champions left. On 9th September, Riot released the upcoming skins’ theme (around 0:30) for Ornn and Skarner, check them out so fans can have the general idea of the concept designs.

Maybe Ornn will be added to the Elderwood skin line, he has a purple-ish tone, with a beautiful blue gold horn. His concept art looks pretty similar to Elderwood Nocturne, except Nocturne is way darker.

For Skarner, we are not sure which skin line he will be in, but our guess that he might be a part of the Cosmic theme line. They do have a distinct common point, they all have a bright light blue color scheme on them.

For the release date, Riot has not confirmed yet but it should be really soon. Probably after Worlds 2020, we will able to test out these brand new skins.

Sorry the all the Nautilus fan out there, his skin hasn’t been revealed yet. Probably he will be updated when 2021 comes.

We are excited and can’t wait to try these skins out in Summoner’s Rift.