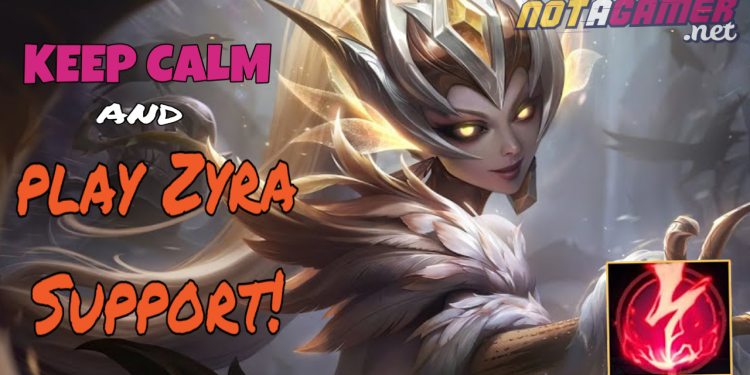 In the current meta, Tankers SP are gaining popularity because of their ability to withstand and open combat easily such as Nautilus, Rakan, Braum, Thresh or Bliztcrank,… are top choices. Compared to these champions, Supports that provide armor buff and healing have been nerfed in the recent patches that now are currently disappearing from the meta. However, the AP Support is definitely the perfect choice to counter these “muscles” Tankers, Zyra are one of the best choice amongst them.

Zyra is very supportive at the early game with active play since her abilities can deal huge damage in the backline. With Zyra in the team, the enemies is forced to build magic resistances items, which creates a great damage for your ADC. Zyra is a good pick if your team have Tanker, as well as dealing with a Tanker on the other side.

Top 4 Junglers that are super annoying but no one play!?

With these cons, it is very easy to be choked when playing Zyra. Aggressive and overwhelming playstyle is Zyra’s fatal drawback, if you are unable to take advantage during landing phase, it is very difficult for her to create an impact to the game. In addition, She is not a Support that capable of assisting the ADC in late-game; however, she is a source of damage for the team so it is tough for Zyra to promote her effectiveness unless having core items.

Twin Shadows: A good item that provides cooldown reduction, AP, as well as the ability to summon 2 Spooky Ghost to slow enemies and to detect or chase enemies.

Liandry’s Torment: Provides health and AP, with the passive to burn enemies’s maximum HP per second which can deal with the bruiser or tanker.

Zyra’s main target is poking with a chain of DeathlySpines (Q) and Rampant Growth (W). It is good to use the Grasping Roots (E) on the enemy and then perform that combo, always keep an eye on the enemy’s movement when they trying to farm to bind correctly. At Level 6, your Ultimate is very strong in preventing enemies from starting the combat or can be used to stack damage. Always carry the Control Ward because after all your mission, you’re still a Support.

Do not be too predictable during laning phase. Try to pay attention to your moves, do not step up merely to use skills because through a few times, the enemies will know your playstyle and start to counterattack. Sometimes just stepping up to create pressure on enemies, focusing on dodging is the best way for enemies to use their important skills.

Your role is cooperating with your teammates to focus on important objectives like Dragon, Baron. Make sure that there always Ward in your pocket, check your enemies’s equipment to see what you should build. You don’t want to go straight to Rabadon’s Deathcap and then “faded” by the enemy’s assassin.

Objectives are always the best way to win. Always make sure that your team has an advantage around areas like towers, Baron or Dragons. Furthermore, collab with your Jungler in order to Ward in the opponent’s jungle in order to create an opportunity to ambush them. Whenever you or your teammates get the kill, immediately take the target on the map.

This is the time when Zyra unleashed her full power. Use the right time to cast Grasping Roots (E) with Rampant Growth (W) to slow down your enemies. You can either “kite” your enemies with ADC or focus on damaging to their carry; however, the first way is more commonly used. Using the Stranglethorns (R) to zone enemy team and also can help your team avoid from being opened combat then counter-attacking.

Importantly, try to use your skills suitably coordination with teammate’s rhythm, especially when they open combat to create huge damage and CC to achieve the maximum effect. Normally, you should put a sprout with DeathlySpines (Q)and a sprout with the Grasping Roots(E), then use the Ultimate in the middle of the team’s front and back to prevent enemies from taking advancing movement. Always stand behind your ADC because you can be completely targeted, pay attention to Zyra’s passive then use the Ultimate to create as many trees as possible and maximize her damage.