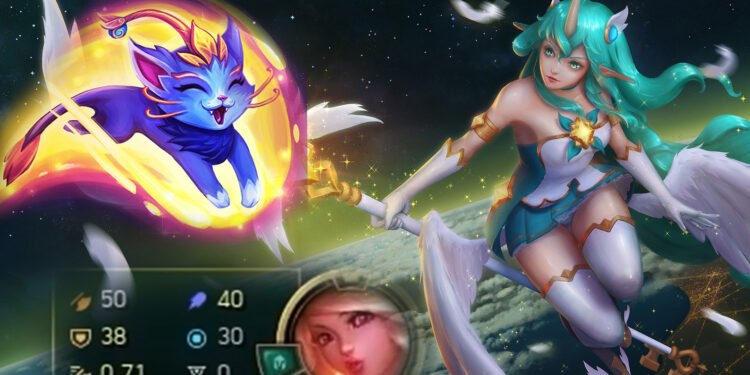 Nobody has realized these two Supports: Yuumi and Soraka have an interesting interaction like this.

Recently, a Korean Youtuber – 무지개맛 Rainbow Flavor found out about an interesting interaction between Yuumi and Soraka. They are both popular Support Champions with good healing ability.

Soraka’s Passive allows her to increase her movement speed when approaching low-health allies. And if a Yuumi with low HP attaches to Soraka, it can active continually and gives Soraka an engine with 10000 horsepower.

This Youtuber proved his combo by using Soraka, and one of his friends as Yuumi was intentionally hit by turret two times to get low HP. Then Yuumi attached to Soraka and it took her only 30 seconds to move from Top Lane to Bot Lane.

At Laning Phase, this duo can easily dodge direction-targeted skills from the enemy as well as ganks from Jungler. In the later game, this duo did not become useless because they can kite and heal pretty well at the same time.

In order to maximize their power, Soraka must follow ADC builds while Yuumi still plays as a Support. This helps Yuumi and Soraka can deal more damage and become more independent from the others. It will be useless if you can only running around extremely fast but can not make even a scratch to the enemy.

After lately patches, Yuumi was nerf badly, however, if this combo becomes popular, it will be a big shot for Yuumi.