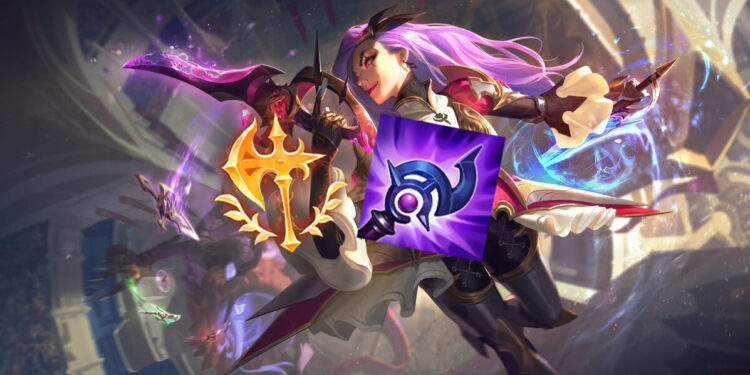 It seems that Luden’s Tempest isn’t the most suitable item for a non-mana champion. But when used by Katarina, this Mythic item becomes an excellent burst item for Katarina to maximize it.

It’s no exception to say that Katarina is one of the strongest assassins in the game. After her major rework in patch 10.23, the Sinister Blade returns strongly with a series of different item-path. And as a matter of fact, Luden’s Tempest has been an excellent item for her.

After being modified for the second time in the 2021 season in patch 11.6, Luden’s Tempest has another effect as follow:

“Dealing ability damage against champions reduces the cooldown of Echo by 0.5 seconds per champion, up to a maximum of 3 seconds per cast (10 second cooldown).”

With a champion that is capable of bursting down target and can instantly refresh her basic abilities cooldown if the enemy is killed, she will almost certainly be able to trigger the item’s passive continuously in any combat.

Since this kind of build comes along well with surviving in combat, Conqueror is the priority rune for her. However, if up against any squishy champions, Dark Harvest and Electrocute can also be an alternative.

Although it is extremely weird and easy to lose team morale, Katarina’s efficiency in team fights makes her incredibly strong. Top Katarina players on many servers are beginning to experience and exhibit the odd strength that this item construction provides.