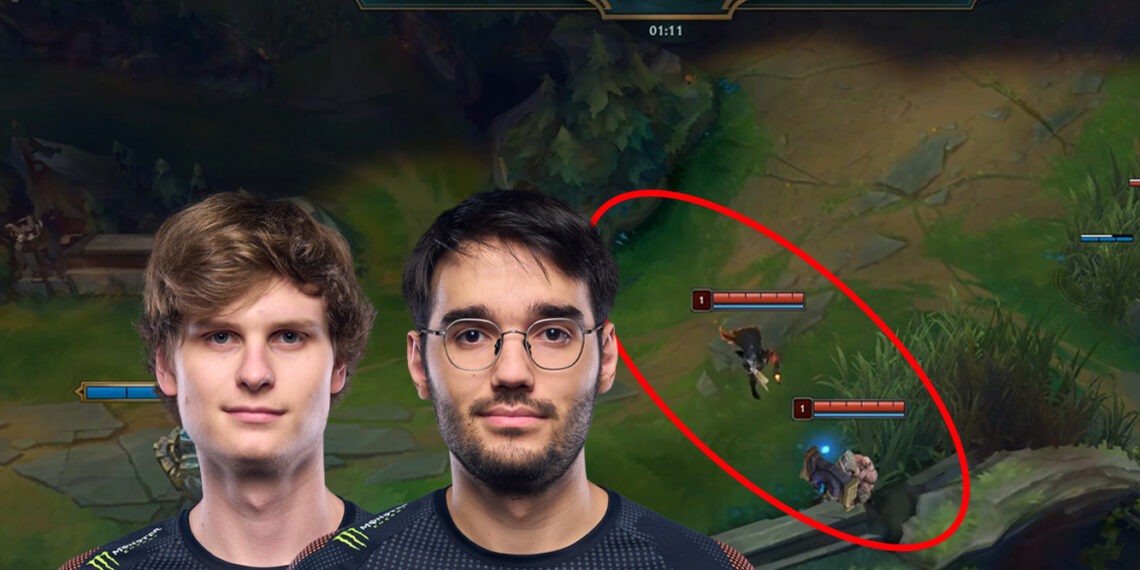 Despite the fact that League of Legends has been around for almost a decade, it can be claimed that it is a game with complicated mechanics and strategies. Even now, fresh inventive strategies are still being discovered.

Recently, an Esports player and analysis Caedrel has discovered an insane strategy in the bot lane that showcases highly skillcap of pathing and knowledge of ward placements.

In the below clip uploaded on Reddit, it was demonstrated how to escape common vision in the bot-lane bush by carefully going around it. This can lead to early kills in a surprise attack on the adversaries, as demonstrated by Elias “Upset” Lipp and Zdravets “Hylissang” Galabov, FNC’s bot lane.

When Fnatic’s bot lane pulled it off on a solo queue game, the tactic became viral for the first time. LEC caster Marc “Caedrel” Lamont streamed the game, and was surprised by the approach, which he had never seen before.

To perform this tactic and avoid the ward in the center bush, which is frequently set at level 1, players must go up to the river and closely follow the terrain before taking a small route through the bush closest to the enemy tower. It is possible to infiltrate the enemy bush without being observed by any vision if done right.

After the clip was uploaded, expect many players, including professionals to try to perfect it.

As for FNC, it’s conceivable that the bot lane intended to test this out on the big stage because they have been practicing it in solo queue. Now that the majority of the League of Legends community has seen this, the LEC bot lane may find it more difficult to handle at Worlds 2021.