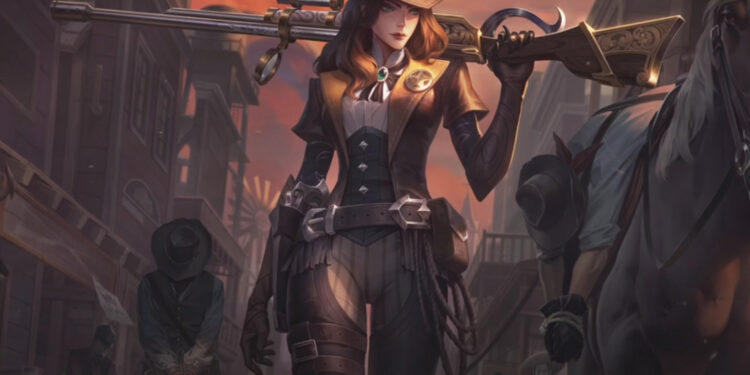 Caitlyn is one of League of Legends’ oldest champions. Her skills have held up well over time, but her in-game model has not. Yet until recently, we can see multiple of her character model getting new updates in many other games (TFT, Legends of Runeterra and Wild Rift), except for League.

Finally, Riot has announced that Caitlyn will be receiving a full VFX updates to speed her up with League of Legends’ design ideas. Her in-game model receives a redesign with a new video featuring a completely new theme and loads of concept art for multiple of her skins, with the new animated series Arcane launching in a week.

With her appearance in Riot Games’ forthcoming animated series Arcane, Riot has chosen to make sure that her in-game portrayal matches her on Netflix.

In the latest champion theme video posted by Riot, Caitlyn’s new look is highlighted across all of her skins. Most of her former skin splash art, including Officer, Arctic Warfare, Resistance, Sheriff, and Safari, have had a huge update. These splashes’ art styles were rather antiquated and in dire need of an update.

Given that Arcane is set to debut on November 6, this VFX makeover is likely to arrive sooner than later. Caitlyn’s enigmatic origin story will be presented on Netflix for anyone interested in seeing Piltover’s deadliest sniper’s new look.